The wait is over as the new season of Keeping Up with the Kardashians premieres Sunday, August 22. 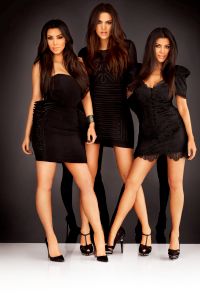 If you’ve been dying to find out what the Kardashians have been up to, outside of the tabloids and gossip sites that follow their every move, we can give you a little scoop.

On the premiere episode of Keeping Up with the Kardashians, Kim Kardashian moves into a new house, but of course Kris gets in on the action when she decides to throw her a housewarming party.

You can imagine all the drama that ensues between mother and daughter when Kim is left with a huge mess to clean up.

As for sister Kourtney, she decides to sell her condo and move in with Khloe and Lamar. Curiously, she’s still working on her relationship with baby daddy Scott, which of course ruffles some feathers when Mrs Odom won’t allow him in the house.

What’s a girl trapped in a dysfunctional relationship to do? It seems Kourtney realizes she needs to find a new place to live.

Moments to look forward to this season on Keeping Up with the Kardashians: Lamar Odom is hounded for Lakers tickets by the Jenners, Kim Kardashian sets her newly single sights on her hot new bodyguard as well as another football player, and of course, the Kourtney-Scott drama continues. All this, plus, is Kris stepping out on Bruce? Oh, to be a Kardashian.

Find out how it all goes down when the fifth season of Keeping Up with the Kardashians kicks off on August 22 at 10 pm on E!