Steven Tyler won’t be Cryin’ because the Aerosmith lead singer is feeling the Sweet Emotion of signing on to be the new American Idol judge. 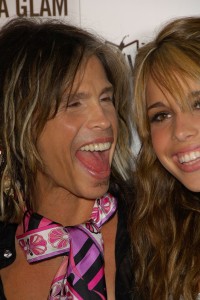 In a deal that was reportedly finalized late last week, Steven Tyler will be filling one of the three seats recently vacated by Simon Cowell, an Idol icon and the sultan of snark, Ellen DeGeneres, who was brought in to replace Paula Abdul, and Kara DioGuardi, who was hired to send Paula over the edge.

The sole remaining veteran of the show, Randy Jackson, has yet to be confirmed for the upcoming 10th season but is expected to stay put.

Also in contention to join the show are country star Shania Twain and, according to E!, Jennifer Lopez, who reports earlier had claimed she priced herself off of Idol with high demands that include a $20 million paycheck and her own hair, makeup and styling team held in a personal “dressing compound.”

We’re super excited to see what Tyler can bring to the show, which has grown stagnant in recent years. Not only is Steven an incredible vocalist and a rock legend, but he’s also a wild card who’s on the rebound.

In 2009, Tyler checked himself into rehab to treat an addiction to pain killers and there’s been continuous talk of trouble in Aerosmith paradise.

According to TMZ, Tyler said the band, which formed in 1970, came “damn near” to breaking up earlier this year. They also have video footage showing Aerosmith guitarist Joe Perry hip-checking Tyler off the stage and into the crowd at a concert in Toronto during a performance of Love in an Elevator. Tyler eventually stood up and announced, “It ain’t gonna happen again, baby.”

Now Tyler can bring that same rock ‘n’ roll attitude to Idol, which hits the road for auditions next month.

Read on for more Steven Tyler and American Idol