Authorities believe that celebrity plastic surgeon Dr Frank Ryan, who died in a car crash yesterday, was distracted by texting while driving. In the state of California, texting while driving is illegal. Ryan died when his Jeep left the road on Malibu’s Pacific Coast Highway outside of Los Angeles. 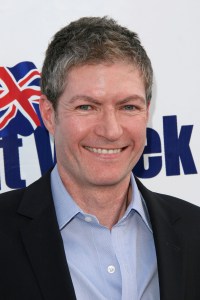 “After 25 years of driving by, I finally hiked to the top of the giant sand dune on PCH west of Malibu, much harder than it looks. Whew!” Ryan wrote. His dog, who survived the accident, was also on the hike. “Border collie Jill surveying the view from atop the sand dune,” said Ryan’s text.

Ryan’s most famous client was The Hills star Heidi Montag who tweeted: “I am devastated. He was the most amazing person I have ever known. He was an angel and changed my life and the lives of everyone he met. He was the most brilliant, talented surgeon who will ever exist. Dr Frank Ryan changed the world.”

In 1994, Ryan began his private practice in Hollywood. He founded a charitable foundation in his name which provides removal of gang-related tattoos at no cost and hosted a camp for children at Malibu’s Bony Pony Ranch.

Please don’t text and drive. The life you save may be your own!

Read on for more on Dr Frank Ryan