He may not have won Ali Fedotowsky’s heart on the most recent Bachelorette, but runner-up Chris Lambton could find true love on the next season of The Bachelor. 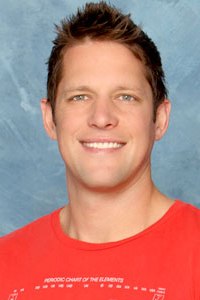 Although he has turned down the initial offer to be on the next Bachelor, producers are holding out hope he will change his mind.

According to E! Online, The Bachelorette runner-up Chris Lambton turned down the chance to pick his bride from a gaggle of women while America watches because he wants to be out of the spotlight and live a normal life.

What? Traveling the world on The Bachelorette while competing with a dozen other men to become engaged to a woman he barely knows isn’t normal?

Despite his refusal, sources told E! Online that it isn’t a dead issue yet, as apparently all the best bachelors have resisted being the main guy at first.

And who knows, Ali Fedotowsky did leave The Bachelor the first go around, but came to her senses when she realized going on TV was the path to true love. Maybe Chris will follow in her footsteps and decide having a normal life isn’t all that it’s cracked up to be after all.

Read on for more bachelor

Ali Fedotowsky makes her choice
Chris Lambton says Ali made the right choice
Who will be the next Bachelor?