Emma Thompson has won Oscars and is generally thought of as one of the most esteemed actresses of her generation which is why her affinity for the less-than-attractive Nanny McPhee is to some, a surprise. But, when talking to Thompson about her most famous character’s return in Nanny McPhee Returns, the screenwriter-actress becomes larger than life, much like Nanny McPhee herself.

As we greet Miss Thompson, she is sporting a surprisingly dark tan, something she admits is an unlikely look for a resident of the UK. Where she got the sunshine, Thompson could not wait to share: “Scotland! It was, believe it or not, sunny when I was in Scotland. We all went outside and said: What is that shiny object in the sky? When it started raining again, we went into the cupboard under the stairs.” 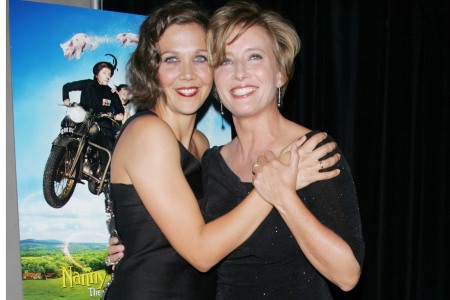 Thompson is the consummate actress, willing to do anything to have the movie scene be the best. In Nanny McPhee Returns that includes jumping into a lake and simulating pigs doing synchronized swimming for the child actors on set in order to get the desired reaction from them.

The screenwriter (Sense and Sensibility) in Emma Thompson got to frolic when writing a follow-up to her 2005 hit, Nanny McPhee, based on the Collected Tales of Nurse Matilda by Christianna Brand. Adapting beloved children’s literature is a difficult task.

A decade ago, if anyone in Hollywood had said, “Name the British actress we can create a movie franchise around,” Emma Thompson would have never been on the shortlist. Thompson may be the actress who is impeccably hilarious, smart, stunning and sensational. But, a franchise anchor? Thus speaks to the gift that is Emma Thompson, a modern day woman who can do it all as Nanny McPhee Returns.

SheKnows: So, it’s true you jumped into a lake to amuse the children?
Emma Thompson: No, I didn’t jump into the pond [laughs]. They were looking at the first AD [First Assistant Director] pushing me right in. Then I swam out into the middle and did a bit of synchronized swimming on my own. Then I got out and started to splash them as well. Luckily it was quite hot, so I was quite pleased to get in the water. It is difficult for children to laugh when there’s nothing to laugh at. It was necessary. It was not just good fun. There’s actually a bit on the DVD that has that [laughs].

SheKnows: Working with director Susanna White, upon seeing the final product, it looks like you two were quite a team.

Emma Thompson: Susanna’s a great collaborator. When you’re making a film, there are often eight and 12 characters in a scene, five of them are children. You need to have as many eyes on the process as possible. We shared the task when that was necessary. For instance, when we were in the field shooting the scene where the unexploded bomb lands, Susanna is on the other side of the field on the monitors, so she can’t come running backwards and forwards because she can’t step on the barley. Because every time you move the barley, you flatten it and ruin the shot. [Her voice goes up an octave] “Don’t step on the barley. We haven’t shot it yet!” Everyone grows very tense. She would relay direction. We would just work together like that all the way through.

SheKnows: Why did you decide to set the film in World War II? 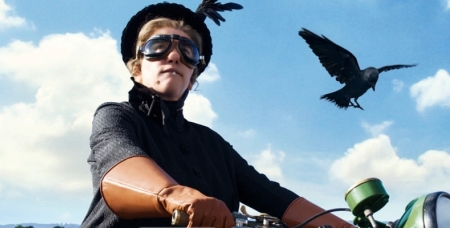 Emma Thompson: I thought it would be good if there was a war background. I wasn’t too specific, but I thought it would be the Second World War. I don’t want references to Germany, so the enemy plane just says “enemy” on it. The idea being I wanted a father to be absent and now with present-day wars, because it could have been a modern-day war, that could be the father or mother. Both go off to war, which is something the early feminists wanted because they thought it would put an end to war. But it hasn’t, unfortunately. So, if it’s the Second World War, then it’s [the sequel] a good 100 years later. I can really channel the feel, the look and the conflicts. [It] can be very, very different. When I met with people about the movie, they thought it would be good for the children to go into London and see bombed-out craters. I said, “No, I don’t think so. This is not about war. This is about absence, the possibility of love, but it’s not about war.” It was a perfect backdrop to create another actual war between factions of children. 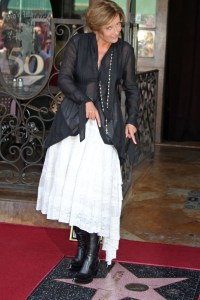 Emma Thompson: Walking with the greats

SheKnows: Recently, you received your star on the Hollywood Walk of fame. What was that like? It must have been incredible for a person from the UK.
Emma Thompson: I was incredibly touched. If you do a piece of work, and you think it’s good, well now, there’s a possibility that this will go well and you might be up for this or that. With this, it’s not specific to a piece of work. Someone calls you up and says we’re going to cement you into the city [laughs]. I was so thrilled. When I first came here when I was 14 years old, it was one of those strange rounds of events. My parents, who were not rich, my dad just happened to have a job, he was directing The Normal Conquests, the play, at the Dorothy Chandler Pavilion. He brought my sister and my uncle over here and it was the most surreal experience. I had never been to America. Los Angeles, or Hollywood, was a completely unreal world, the sun and the palm trees, and you go to a supermarket and you could buy makeup and bacon at the same place! We were not used to that overwhelming choice. The only place my dad had time to take us was Grauman’s Chinese Theatre to look at the Hollywood Walk of Fame. I thought it was a lovely thing then. I thought it was an amazing thing to put the names of the people who help make the city the legend that it is into the paving stones. I thought it was so cool when I was little. The fact that they’ve done it for me, just seems quite unreal. Plus, I’m right outside a pub [laughs]. It’s my name you step on when you walk in and it’s my name you step on when you wheel out. I’m really chuffed, as they say in my country.

SheKnows: The sense or theme in the film is the audience pulling for a mother doing it on her own. Did you cull that from your own life? 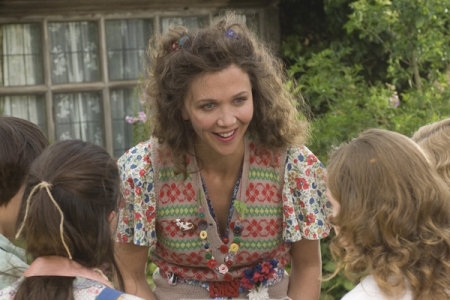 Emma Thompson: Not just my own life, it’s something in everybody’s life. I think even when people are together and are bringing up their children together, unless they have servants, and then one of you is working, which is generally the case, whoever is at home with the children feels like a single parent today. I think there’s a lot of anguish in parenthood, I really do. And in the 21st century we are going to have to grapple with all sorts of issues to do with parenting and work and the relationship between those two vital jobs. Parenting is much, much more important than most of the work we do. That is the fact.

SheKnows: Hair and makeup had to be laborious. Was that experience among your career’s most strenuous? 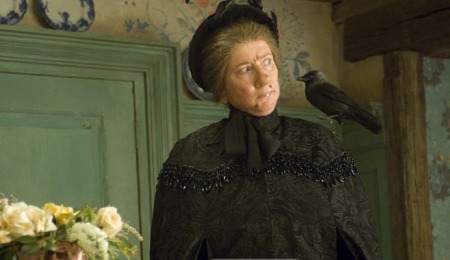 Emma Thompson: There’s varying degrees of it. There’s the X-factor degree, the full thing, when she arrives, which is wig, hat, full makeup, fat suit, all the stuff over the fat suit, the clothing that constricts the ribs so you can’t breathe. Plus, you’ve got on a prosthetic nose [plugs her nose] so you can’t really breathe there either [laughs]. You have to be rather Zen when you’re in that state. You have to let it float over you. It’s very uncomfortable. It takes about an hour-and-a-half to put all of that on.

SheKnows: What’s your favorite part about being Nanny McPhee?

Read on for more Emma Thompson