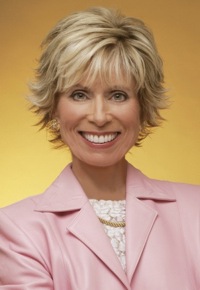 Dr Laura told Larry King she will not renew her contract at the end of the year in a bid to “regain my First Amendment Rights.”

Schlessinger came under fire for using a highly racially-charged term 11 times in a five-minute conversation with a caller on the air. The African-American caller had asked for advice on how to deal with racist comments from her white husband’s family and friends. The chat quickly evolved into whether or not it is ever appropriate to use the word in question.

Schlessinger argued for, saying the word is used frequently on HBO and by black comedians. She quickly realized her mistake when a national furor erupted over her opinion.

The talk show host apologized the following day, saying “I was attempting to make a philosophical point, and I articulated the N-word all the way out — more than one time. And that was wrong. I’ll say it again — that was wrong.”

Her apology did little to dampen the fire, however, and Schlessinger told King she feels her rights to freedom of speech “have been usurped by angry, hateful groups who don’t want to debate — they want to eliminate.”

For now, the doc says she will be focusing on her website and internet presence. “I’m not retiring. I’m not quitting,” she said. “I feel energized actually, stronger and freer to say the things that I believe need to be said for people in this country.”