Good Morning America will reportedly be the setting for Fantasia Barrino’s first public appearance since her August 9 suicide attempt. 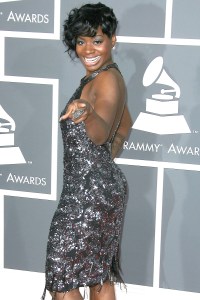 Fantasia Barrino is attempting to get back to normal after an August 9 suicide attempt turned her world into a media nightmare.

According to a statement from J Records, the singer will move forward with previously planned TV appearances to promote her new album, Back to Me.

The former American Idol winner issued the following statement: “I can’t thank my fans enough for their prayers and support during such a challenging time. It has given me the motivation to get back to work. I put a lot of blood, sweat and tears into this album and I pray that everyone enjoys it as much as I do.”

Fantasia Barrino was rushed to a North Carolina hospital after she overdosed on a bottle of Aspirin and a sleep aid. She was being accused of destroying the marriage of Antwaun Cook after claims surfaced she and the married man were featured in a sex tape. The tape allegedly caused Cook’s wife, Paula, to file for divorce.

After Barrino’s overdose her manager Brian Dickens spoke out. “Fantasia is heartbroken and is sorry for any pain she may have caused,” Dickens relayed. “She was totally overwhelmed by the lawsuit and the media attention.”

“This is not the hardest thing Fantasia has endured,” he added. “Fantasia will be stronger, smarter, and better for it.”

You can’t blame the singer for wanting to promote her album.

Read on for more Fantasia