Rooney Mara has scored the role of a lifetime as the titular character in the film adaptation of the literary sensation, The Girl with the Dragon Tattoo. 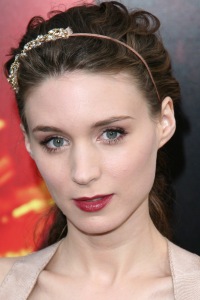 News recently arose that since the James Bond franchise is on hold because of MGM’s money trouble, Bond star Daniel Craig has tired of waiting for Bond to be back and jumped on board The Girl with the Dragon Tattoo train.

Many of Hollywood’s most popular actresses in their early twenties were considered for the role including Twilight’s Kristen Stewart.

Immediately upon hearing that news, fans of The Girl with the Dragon Tattoo let it be known that they thought the casting of Kristen Stewart was preposterous and producers immediately zeroed in on a lesser-known actress in Rooney Mara.

Rooney Mara will play Lisbeth Salander in filmmaker David Fincher’s adaptation of The Girl with the Dragon Tattoo, which is causing book publishing waves unseen in years. Mara has hardly been seen on the big screen, except for her appearances in the Nightmare on Elm Street reboot of 2010 and Youth in Revolt.

Losing out on The Girl with the Dragon Tattoo casting sweepstakes are a few other lesser-known actresses including French star Lea Seydoux and Australians Sarah Snook and Sophie Lowe.

Rooney Mara, along with Daniel Craig, has signed on for all three movies in the Girl lexicon, including sequels The Girl Who Played with Fire and The Girl Who Kicked the Hornet’s Nest.