It seems America was looking for a high octane action flick and co-writer-director-action hero Sylvester Stallone delivered with a tale of mercenaries sent to overthrow a South American dictator. 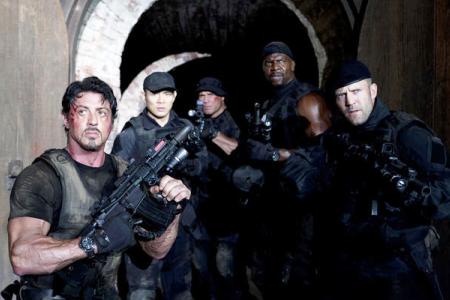 Stallone not only broke records by being the only actor to have a hit in five consecutive decades, he also broke his own record. The Expendables goes down as his biggest release to date.

A key element in this win was Stallone’s 1980s action colleagues, Arnold Schwarzenegger, Bruce Willis, Dolph Lundgren, Mickey Rourke and Eric Roberts. That backup was advertising gold, with the old school heroes and villains calling to mind the down and dirty, non CGI action of yesteryear.

The Expendables hasn’t opened on the international track yet, but there’s already talk of sequels.

“It’s plotted out in my mind’s eye,” Stallone told THR. “I believe this group has to continue to evolve; it just can’t become the same people. So how do you get new people introduced into the group, and how do you have some of the other people leaving? Those are the challenges.”

Julia Roberts’ spiritual road trip movie Eat Pray Love may mark the first time her brother Eric can say he bested his sis at the theater! The much hyped film based on the much adored book came in second with $23.7 million. Not a bad opening and one of the best for Roberts since America’s Sweethearts. 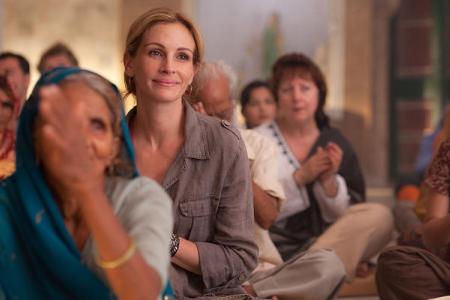 Box office previewers say not to count this travelogue out yet. While the flick has led to a massive increase in book sales, there’s still next week and Eat Pray Love is counting on a long life at the box office.

The two new winners knocked The Other Guys down to third, with $18.0 million, while Inception took a big drop in viewers, bringing in $11.3 million this weekend for fourth place. Scott Pilgrim vs The World keeps a spot in the top five with $10.5 million.

Despicable Me took sixth place with $6.7 million; Step Up 3-D came in seventh with $6.6 million. Salt and Dinner for Schmucks came in just behind for eighth and ninth, respectively, while the puttering Cats & Dogs: The Revenge of Kitty Galore barely maintained a spot in the top ten with $4.0 million.

Toy Story 3 ended its nine week run in the top ten. It walks away with the global crown for top-grossing animated feature of all time, with an international take of $940 million. It came in second domestically, making over $400 million — an impressive take but not enough to knock Shrek II out of the top spot.