Samuel Goldwyn Films and ATO Pictures (founded by music artist Dave Matthews) will be releasing Mao’s Last Dancer in select theaters August 20. In anticipation of its opening, SheKnows has an exclusive clip and is giving away free tickets to see Dave Matthews in concert!

Mao’s Last Dancer is the story of a boy who triumphs from the bed of poverty to become a renowned ballet dancer in China’s capital, Beijing. 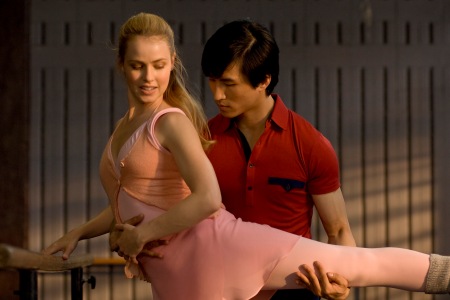 The film commences with Li, the young man, being forcibly removed from his family’s village and taken to an elite dance school in Beijing. Sure, he becomes an international superstar of the ballet, but the film asks: At what cost?

Even though his youth is spent voraciously working at his craft, Li’s destiny is to entertain the world with his gift of ballet dancing. It is on a trip to America that Li discovers life as he had only dreamed it could be with its power to inspire the inspiring.

With astounding ballet sequences choreographed by internationally acclaimed choreographer Graeme Murphy, Mao’s Last Dancer is as much a love letter to dance as it is to the concept of freedom and how it still remains elusive for many in the world today.

Mao’s Last Dancer is a true story, which makes it all the more compelling. This is not your usual summer movie!

Don’t miss our exclusive clip from Mao’s Last Dancer and enter for a chance to win tickets to see the Dave Matthews Band in Chicago!

Enter to win 4 tickets to the Dave Matthews Band