Showtime sets the bar high with an original series that tackles a serious subject in The Big C. 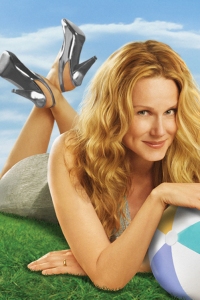 The incomparable Laura Linney is back in the cable role of a lifetime in The Big C.

Showtime’s newest original series features Linney as the quiet and conservative Cathy Jamison. After receiving life-altering news that she has terminal cancer, the schoolteacher from Minneapolis decides to take “life by the balls” and live it her way, letting her “freak flag” fly.

Television and stage veteran Oliver Platt joins the cast as Linney’s immature but easy to love husband. The multi-talented actor is no stranger to the Showtime network. Platt received Emmy nominations for his portrayal as Russell Tupper on Showtime’s Huff.

Gabourey Sidibe plays Andrea, a student of Linney’s character whose snide and hard nature appeals to the schoolteacher.

What would you do if your life had an expiration date? SheKnows wants to know. Sound off in the comments section and check out the preview of The Big C below.