The 2010 fall TV season is coming and SheKnows got a sneak peek at a handful of the new shows! Here’s a rundown on five shows to watch for in September, plus a bonus round on all the new procedurals coming.

With two teens in the house, a dad facing a midlife crisis and a working mom who is always strapped for time, this ordinary family of four is about to self destruct. Their everyday dramas take a turn, however, when a freak accident leaves them all with superpowers. Yes, superpowers, but don’t let that scare you away! Starring Michael Chiklis, Julie Benz, Kay Panabaker, Autumn Reeser, Stephen Collins and Romany Malco, No Ordinary Family is no ordinary action series this fall TV season. 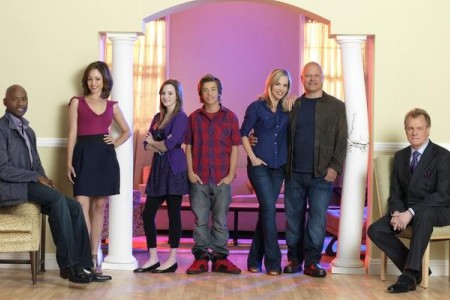 It’s instead a family-action mash-up from family TV guru Greg Berlanti, the writer-producer who brought us Brothers and Sisters, Dirty Sexy Money, Everwood and Dawson’s Creek. The Powells may end up saving the day once or twice, but this series is about how superpowers save a family, while also creating new drama. No Ordinary Family airs Tuesdays at 8 pm on ABC, beginning September 28.