It’s been quite some time since we’ve seen Halle Berry willing to sit down for a magazine interview. The timeless beauty chose Vogue magazine’s September issue to let it all out. 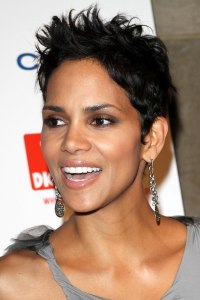 Halle Berry sat down with Vogue magazine to clear up those daunting rumors that she is a dark and complicated soul.

In fact, the actress who sports a sleek and sexy cut on Vogue’s cover, says it’s a misconception “that I am this brooding, twisted, lovesick person who just can’t get it right in life. Every story about me is so heavy and dramatic. That’s not how I do life,” Berry told Vogue. “But that’s the impression people have, and that’s what keeps getting reiterated. As if I’m still stuck in all the muck of the past. And I am so not.”

Halle Berry explained to Vogue that doing press became cumbersome and it was time for her to take a step back because she got “burned out with having other people tell the story about me that they wanted to tell. I told my publicist: I’m not going to talk anymore. I’m just going to live my life and be who I am.”

Part of those rumors involved the separation from her daughter’s father, Gabriel Aubry. The sizzling star said, “By the time the news hit the papers, full of rumors and lies, with people having to make up problems between us, Gabriel and I had long dealt with it. We were done. And we were on a good foot, and we had decided what we were going to do for Nahla, and we were able to say: This will pass.”

Halle Berry assures us that she and Gabriel Aubry are in a good place and will always be a family unit for their 2-year-old daughter, Nahla.

“Now we are back to how it was before, living apart, raising our daughter. It’s just that you realize you are not meant to go the distance with everybody,” Berry says. “We were meant to bring this amazing little person into the world. And I think that’s why we came together. And because of that, we are going to be together, forever, all three of us. We are a family until we are not here anymore.”

Despite her unlucky-in-love past, Halle Berry isn’t stopping from indulging in her romantic side.

“I’m not done with love, but I refuse to settle,” Berry assures. “I am a hopeless romantic. And I won’t stop till I get it right. I don’t think I’m unlike a lot of people. I am just someone who is trying to find that mate, and I think it’s a really hard thing to do.”

What does the woman gracing the cover of Vogue think about staying in a relationship if you’re not in a good place?

“I am not willing to stay somewhere where I am not really happy. And I am not willing to pretend I am for the kid’s sake or so that I don’t have to go through another public humiliation,” Halle Berry reveals. “It’s about accepting who we really are, not who we want to be. As much as I have always wanted to be in this committed relationship and have the picket fence and grow old with the same person, I’m coming to terms with: Maybe that’s just not who I am.”

Read on for more Halle Berry