Jennifer Aniston isn’t letting Bill O’Reilly’s blast against her opinion on being a single parent change her mind. The actress is standing by her “don’t have to settle” attitude. 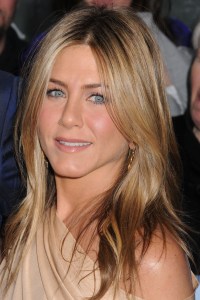 Jennifer Aniston put Bill O’Reilly in his place after the outspoken TV personality criticized Aniston’s beliefs on “alternative” ways of becoming a parent.

Bill O’Reilly called Jennifer Aniston’s views while promoting her film, The Switch, “destructive to our society.”

The Switch tackles the highs and lows of artificial insemination and single parenthood through humor. Jennifer Aniston’s own comments and views completely support the film’s theme. Bill O’Reilly, on the other hand, feels she is “glamorizing single parenthood.”

Aniston took a stand against Bill O’Reilly, saying to People, “Of course, the ideal scenario for parenting is obviously two parents of a mature age. Parenting is one of the hardest jobs on earth.”

The Switch actress added, “And, of course, many women dream of finding Prince Charming, but for those who’ve not yet found their Bill O’Reilly, I’m just glad science has provided a few other options.”

Interestingly enough, Hollywood’s hottest E! host, Giuliana Rancic, recently urged women to think about the ramifications of waiting to have a child until you are older. I wonder what she thinks of Bill O’Reilly’s scrutiny against Jennifer Aniston.

Jennifer Aniston’s own journey to motherhood has been a hot topic ever since her Brad Pitt days. Many have speculated when and if Aniston, 41, will have a child of her own. Perhaps her take on single parenting might be an indication that she isn’t ruling anything out.