Giuliana Rancic has tackled tough issues regarding infertility and age, as well as those pesky weight rumors. 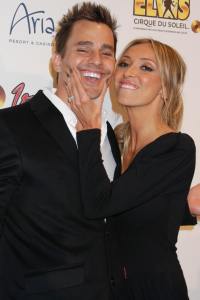 E! host Giuliana Rancic and her husband, Bill Rancic, decided to use their reality series, Giuliana and Bill, as a platform to show their struggle with infertility. After a year of trying to unsuccessfully get pregnant, the couple could no longer keep silent about the issue that many couples silently anguish over.

As a figure in the media, Giuliana Rancic is hoping to educate younger women on the process of in vitro fertilization and the ramifications of putting off having a baby until you’re older.

Giuliana Rancic does not want women to feel ashamed over infertility and she questions the Hollywood idea that the elite get pregnant the “old-fashioned” way. The interviewer and host feels “duped” by the idea it’s as easy as that.

Giuliana and Bill Rancic stopped by The View to discuss their attempt to become parents and the stigma surrounding infertility.

The conversation with The View ladies became tense when Giuliana Rancic addressed her doctor’s request to have the reality star gain a few pounds.

Barbara Walters asked, “Well, did you gain the weight?”

“He said five to ten pounds, which I know, it’s a big deal, and if you want to have a baby you should do whatever it takes,” Giuliana Rancic said in defense. “But I had to bite that bullet because you have to understand something, I work out every day of my life. I love feeling good and waking up and working out.”

She went on to confirm that she gained five pounds and Bill Rancic supported his wife all the way.

Host Whoopi Goldberg couldn’t keep from turning the interview into a lecture, telling the couple to do what they have to do if this is what they really want.

The couple fired back, saying it all added up to age. Bill explained to the ladies of The View, “When you’re 35 years of age or older, to conceive naturally, you have about a five to seven percent chance on a monthly basis.”

Giuliana Rancic added, “Which is unbelievable.”

AOL Health had previously asked the hopeful mother what she would say to young women looking to put off having a baby for a career or other needs.

“I was that girl,” Giuliana Rancic replied. “I would say go to the doctor and get a blood test called FSH (follicle-stimulating hormone). Test your FSH level and you can see if you’re going to have a hard time getting pregnant or not. If you monitor it every year and you see it changing, then at least you don’t feel like you got blindsided. At least you can prepare. And if you start seeing a change maybe you can freeze your eggs. At least you have options.”

Giuliana Rancic also stated she wasn’t completely educated on the facts when she was younger. “My thing was I knew nothing about any of this. I thought I was still so young. We did IUI (intrauterine insemination) and that didn’t work. We did more tests, and the doctors said: You’re 35 and your eggs are old. And I’m like, what? I was so shocked, and I said to myself: Had I known it was going to be so hard to get pregnant maybe I would have frozen my eggs at like 30 or 28.”

Catch Giuliana and Bill Rancic’s quest for a baby every Sunday on the Style Network.

Giuliana and Bill on The View