George Michael was officially charged with possession of drugs stemming from a car crash in July. 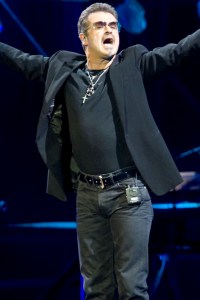 Let’s face it, George Michael is no stranger to illegal activity. That’s why his latest legal blunder really isn’t that much of a surprise.

On August 12, authorities reportedly charged George Michael with possession of cannabis and driving under the influence of “drinks or drugs.”

The charges are stemming from an incident in July, when the singer’s car crashed into a building on a north London street. A statement by police said George Michael was released on bail and would return to court in Highbury on August 24 to face the charges.

George Michael’s battle with recreational drugs has plagued the singer and forced him into some pretty awkward situations.

The former Wham! star turned solo artist was given a two-year ban from driving back in 2007 and sentenced to 100 hours of community service after admittedly not being able to drive because of drugs.

In 2008, George Michael promised his fans he’d live the straight and narrow after being arrested and “cautioned” by police for possession of drugs.

Stay tuned for more on George Michael’s run-in with the law and tell us if you think he can turn it around.