Judge Marsha Revel has removed herself from the Lindsay Lohan case. It’s alleged that Revel contacted individuals at Morningside Recovery, the rehab facility where Lohan stayed prior to her jail stint. 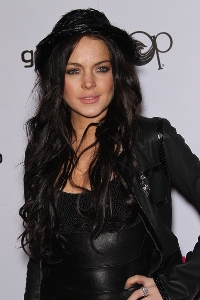 Judge Revel is also accused of speaking with Robert Shapiro and other medical experts. By law, Judge Revel should have contacted lawyers for Lindsay Lohan before doing any of this. Her replacement will be Beverly Hills Judge Elden Fox.

According to TMZ, sources are saying that Danette Meyers, the prosecutor in the case was the one who objected and made the complaint. So far there has been no comment from Revel’s clerk and the press has been referred to court spokesman Allan Parachini.

Before Judge Revel sent Lindsay Lohan to jail, Lohan pleaded her case in court crying and asking for mercy, but wearing a manicure that sported FU on both of her middle fingers. She gave quite the performance. She was sentenced to 90 days in jail by Revel but the actress was released from jail on August 2.

Lindsay Lohan spent 13 days of her three-month sentence in jail.

Gosh! How can you climb the career ladder, achieve the status of judge and make these simple errors? This case is taking as many twists and turns as Lohan’s life.