There is a difference between plugging your next movie and stating something that thousands of young women in America might take to heart. That is the stance of Fox News political commentator Bill O’Reilly. 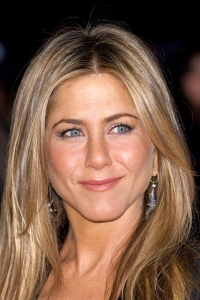 The host of The O’Reilly Factor has criticized Jennifer Aniston for “saying that women don’t need men to have kids.”

Jennifer Aniston’s latest movie is a romantic comedy called The Switch and will be released on August 20. The Switch is the story of a single woman who seeks a sperm donor so that she can have a child. No daddy required.

Jennifer Aniston gave reporters the following statement: “Women are realizing it more and more, knowing that they don’t have to settle with a man just to have that child. Times have changed and that is also what is amazing is that we do have so many options these days, as opposed to our parents’ days when you can’t have children because you have waited too long.”

In a country where the amount of one parent families has skyrocketed, this battle of words that started many years ago continues to this day. In 1992, Vice President Dan Quayle took on the fictitious Murphy Brown and single motherhood. The debate rages on nearly 20 years later with this latest Jennifer Aniston controversy.

SheKnows wants to know what you think.