Mia Farrow and Naomi Campbell were both called as witnesses in the war crimes trial of former Liberian dictator Charles Taylor. Farrow’s and Campbell’s conflicting testimonies mean someone may have committed perjury. 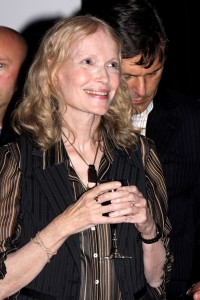 Actress Mia Farrow and supermodel Naomi Campbell come into play because back in 1997, the two were both on hand at a dinner for Nelson Mandela’s Children’s Fund and word is Campbell received three of these blood diamonds as a gift.

Campbell initially balked at taking the stand and had even denied receiving the stones. Though she claimed she feared for her safety, she was forced to testify August 6.

“When I was sleeping I had a knock on my door,” Campbell said on the stand. “I opened my door and two men were there and gave me a pouch and said: A gift for you. There was no explanation no note.”

Campbell continued that when she opened the gift the next morning, she found “very small, dirty looking stones,” but claims she didn’t realize the stones were actually blingy diamonds in disguise or that they were from Taylor.

“At breakfast, I told Miss Farrow and [former agent Carole White] what had happened and one of the two said: That’s obviously Charles Taylor. I just said: Yeah, I guess it was.” 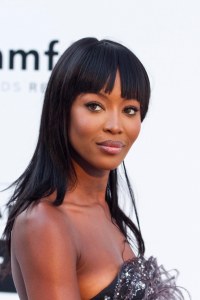 “I don’t know anything about Charles Taylor,” Naomi Campbell added.

Campbell concluded by revealing she’d given the stones to Jeremy Ratcliffe, the former head of Nelson Mandela’s charity, as a donation. The diamonds were recovered by police from Ratcliffe’s home on August 3 and a formal criminal investigation has been launched.

Meanwhile, Mia Farrow has taken the stand and her version of events contradicts Campbell’s.

According to Farrow, Campbell knew what she had received and from whom the “huge diamond” had come.

“As I recall it, she was quite excited and said, in effect: Oh my God… last night I was awakened by knocking at the door and it was men sent by Charles Taylor and he sent me a huge diamond,” Farrow testified.

When Campbell’s testimony was read to Farrow, the actress again confirmed that it was Campbell who said the diamonds came from Taylor. The defense argued that Farrow wasn’t to be trusted, as she is an activist who has already spoken out against the horrors in Sierra Leone and Liberia.

Also not to be trusted, according to the defense, is the upcoming testimony from White. She will take the stand to corroborate Farrow’s story and add that during Mandela’s big dinner, Campbell was “mildly flirtatious” with the dictator and that Taylor talked about gifting her the diamonds.

If this is making you think of the Leonardo DiCaprio flick Blood Diamond, SheKnows should point out that Leo was actually at the 1997 dinner, as well. He must have stayed away from the gossip and the drama, however, as he’s not scheduled to testify.

SheKnows will keep you posted as this story unfolds.