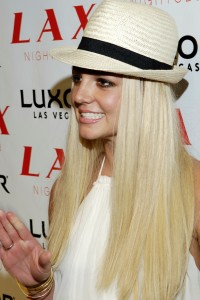 He was recently interviewed by Ryan Seacrest for Entertainment Tonight and said, “Britney, I think, 100-percent is going to be on the episode, which is exciting. She’s going to come and join us and do a couple scenes.”

Murphy also said that Britney Spears’ scenes will be dedicated to her pop songs. The fantasy scenes will be hallucinated by some of the actors while they are at the dentist. The dentist will be played by John Stamos.

He continues, “The Britney episode, I’m here to say, is so reverential about her,” Murphy vowed. “It’s about her music and it’s not about her personal life. Britney Spears is pop culture, and I think she’s been through a lot. I want to do something that just sort of says: You know what, thank you for what you have done. And we’re encouraging you to continue to be doing as fantastic as you are. We’re handling Britney with kid gloves.”

On the Fox network, Glee is a show about a struggling high school choir. It leads this year’s Emmy nominations, which will air primetime August 29.