American Idol chatter has Jennifer Lopez and Steven Tyler signed on as the new judges, even though they haven’t tested their chemistry with a hang session — but it may not be true. Basically, the American Idol judge search is still one big rumor mill. 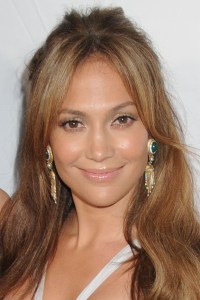 This newest round of chatter comes from TMZ’s “sources connected with American Idol,” who claim that Idol has made a “reckless call” by signing Jennifer Lopez and Steven Tyler without ever getting them into a room with each other and Randy Jackson.

“It’s ridiculous not to road test these people before committing. It’s insane,” scoffed the unnamed source.

Word is there were group dinners, as well as boys only strip club outings and it was the “magic” between the trio that got Abdul in the judge’s seat, in spite of the sentiment that she was “washed up.”

After all that juicy scoop, however, TMZ backtracks, leaving us right where we started.

According to the gossip site’s “high level sources,” who are presumably actually at American Idol, as opposed to just being “connected” to the show, neither Jennifer Lopez or Steven Tyler has signed on the dotted line.

With the show set to premiere in September, there is still time to schedule a few of those road tests with Lopez, Tyler and Jackson, not to mention time to add new names to the hat in the search for American Idol’s season 10 judges.

The Idol judges’ watch has become the sport of the summer, creating a continuous stream of press for the show. If SheKnows were wearing Idol‘s shoes, we’d hold back the reveal for as long as possible, too!