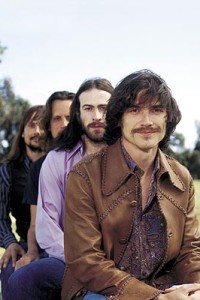 SheKnows: From Martin Scorsese on Waking the Dead, to Cameron Crowe in Almost Famous and now working with the top pop culture man of the moment in Glee‘s Ryan Murphy, looking back, how does the experience of all that directing magic make you feel?

Billy Crudup: I have been extremely lucky. I mean that I’m extremely lucky. And Ryan — I’m so grateful for him not to just give me the chance but to actually encourage me to help develop the character. I’ve never really done that before. What I typically do is wait for a script that has the character developed in a way that is already inspiring to my imagination. I don’t like improvising. I don’t add words. As I’m getting older I occasionally forget words or say things wrong, but it’s not a design. He was adamant that the character was in its infancy in the text. He was going to leave it to me to start developing it. To be given the opportunity to encourage that in such a high profile movie was a really exciting exhilarating experience and I felt grateful that he gave me the chance.

SheKnows: Any chance he asked you to guest star on Glee with the rest of Hollywood?

Billy Crudup: [Laughs] No, I leave that to the true triple-threats.

SheKnows: Of all the roles in your career, what part is most resonant to you?

Billy Crudup: It’s interesting. I just did a play in New York recently about a writer who’s really lost in his work. He has to go to this small town in the Midwest to defend a novel that he wrote many years ago because the school board is banning it from the community. It’s really about him finding a sense of self apart from his work. I typically take parts because the character speaks to me in that moment in time. I look back and try to scrapbook where I was. I can remember I did a movie about Prefontaine 15 years ago. One of the reasons I took it at the time is because I couldn’t understand this guy at all. I had such curiosity about that kind of cockiness because it did not appeal to my sensibility. I tend to vilify those kinds of sports figures. I had an opportunity to play a guy who was one of the preeminent figures of sports in the early 1970s. I had to learn to appreciate it. I think a lot of the roles I’ve taken is because I’ve been curious about that kind of person and it gives me an opportunity to appreciate a different way of thinking, a different way of life.

For Billy Crudup, life is a stage 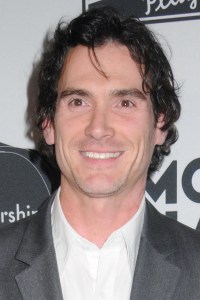 SheKnows: Working on the theater stage is so important to you. What does it bring to your acting tool box?

Billy Crudup: I think I feel like a much more accomplished actor on stage than I do on film. I feel like it suits my mind. It takes my mind a long time to get over forcing my acting. When I’m doing a play, after six to eight weeks, something like that, everything settles down and is integrated in a way I’m at my best. You don’t have the time or the luxury on film. It makes me feel better about myself as an actor doing plays. I also love the theatre. I like being part of that community.

SheKnows: Why did you pursue acting in the first place?

Billy Crudup: I steadfastly wouldn’t declare my interest in acting professionally throughout my college career. It wasn’t until I graduated from undergraduate and decided to pursue a master’s degree. I thought I was going to teach. The first day of graduate school, it was crystal clear to me that I didn’t want to teach. That was the first time I let myself admit it. I was finally in the company of 60 other kids who were as serious about it as I was, that didn’t want to pursue it in a frivolous way, that wanted to seek out an occupation based upon a craft that they respected, that had nuance, that you needed your intelligence, self-evaluation, introspection. I was 21 when that happened. Before that I was always the class clown. We moved around a lot and that was my way of making friends.