Many people would consider Justin Bieber a baby if you look at his age. Yet, the 16-year-old singer’s age means nothing in the world of Hollywood, as Bieber’s experience and natural stage presence are making Tinsel Town’s elite take notice. 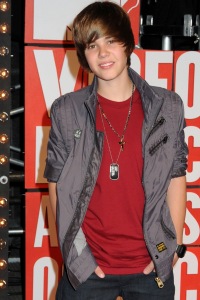 Kim Kardashian has splashed around the clear blue ocean with Justin Bieber and Usher took him under his wing. Now Mark Wahlberg is giving Justin Bieber credit for something we never thought we’d see again.

Get ready to feel those good vibrations because according to Mark Wahlberg, Justin Bieber could bring the actor’s former rap alter ego out of retirement.

Alright, it’s a little early to start dreaming about Marky Mark in those sweaty wife beaters, considering Wahlberg was just praising Justin Bieber’s contribution to the music industry, but can you blame us for dreaming of a Marky Mark return?

I beg to differ. The world needs Marky Mark and the Funky Bunch. That’s what it needs.

Mark Wahlberg might be suffering from Bieber Fever, but after seeing the numbers for his latest release, he should be just fine. Wahlberg’s comedy, The Other Guys, pulled in a cool $35.6 million during its opening weekend, knocking Inception out of the top spot.