Lady Gaga isn’t the only powerhouse star taking a stand against Arizona’s immigration law. Eva Longoria Parker, Rosario Dawson and Wilmer Valderrama are just a few in the long list of celebrities speaking out against the controversial issue. 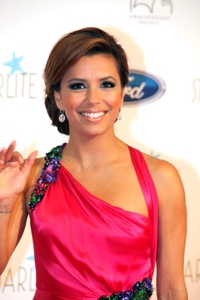 Desperate Housewives hottie, Eva Longoria Parker, has been pleading her case in regards to the Arizona immigration law and she wants to make sure she’s still being heard.

“I haven’t made it a secret that I’m strongly opposed to the Arizona law and I’ve been pretty vocal about it,” Longoria Parker says in the PSA for Voto Latino and Mun2’s “United We Win” campaign. “It’s unfortunate that this immigration issue has been on the national agenda for the past three administrations.”

Rosario Dawson, co-founder of Voto Latino, is bringing stars together in hopes of involving young people and encouraging them to fight for rights by showing up at the polls on November 2.

“We recognize that this isn’t just a Mexican issue or a Latino issue. There are people blogging and tweeting for everything, from the BP spill to education and healthcare,” Dawson told UsMagzine.com. “We’re all buzzing about these things, but unless we’re actually marching to the polls, nothing is going to actually change.”

Rosario Dawson added, “When you look back at Martin Luther King and the civil rights movement, he got arrested and asked everyone else to get arrested and people were afraid to step forward.” 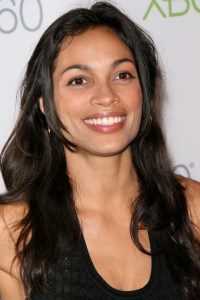 The actress said, “Who was going to be the people who stepped up? The people who did were high schoolers because they weren’t afraid of being arrested. That was really crucial in getting the civil rights movement going.”

Eva Longoria Parker is concerned about another dark cloud — racial profiling. “I think the biggest misconception is that everybody who is dark or of color is from somewhere else. I’m ninth-generation American. I’m more American than a lot of my Anglo friends,” Longoria Parker stated. “If my father got pulled over because of the color of his skin, I could guarantee you I would be outraged.”

Wilmer Valderrama added, “We’re really trying to inspire our younger community of any demographic or culture. If we don’t inspire them to understand the platform they have today, we’re going to have two or three more presidencies and we’re going to be playing catch-up to other mistakes. It’s now or never.”

Will you be joining these stars in the fight or do you believe in the Arizona immigration law and its need in today’s world? Also, do celebrities have any place voicing their political opinions and do you care?