On Bachelor Pad, love and $250,000 are on the line, as some of the most memorable contestants from The Bachelor and The Bachelorette go head-to-head competing for a chance at love (again).

Related story The Bachelor's Peter Weber Just Announced He Wrote a Children's Book About His First Love: Aviation & It's on Amazon

They once competed for the love of their lives, but now 19 quirky personalities from past seasons of ABC’s The Bachelor and The Bachelorette will compete in weekly challenges for immunity and a chance to move forward and win $250,000 on Bachelor Pad. 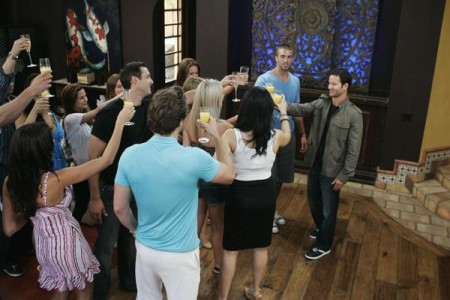 But that’s not all. Each week’s winner gets the opportunity to choose a date from the dysfunctional pool of contestants. Don’t worry, there will be no shortage of rose ceremonies on Bachelor Pad. The lucky chosen one for the date will be granted immunity via a rose courtesy of the week’s triumphant competitor.

Of course it wouldn’t be a spin-off of the reality-dating phenomenon if someone didn’t get sent packing. The contestants vote at the end of each episode to decide who will leave the Bachelor Pad mansion.

Bachelor Pad will be hosted and mediated by none other than Chris Harrison and The Bachelor‘s former contestant, Melissa Rycroft.

The sexy single house is boasting a cast complete with backstabbers, rivals, and temptresses to taint the game in the most devious of ways. 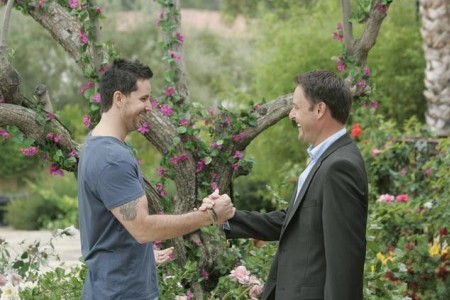 There will be plenty of drama as rivals from The Bachelorette, weatherman Jonathon and Craig, take residence at the Bachelor Pad mansion. That’s right, Ali Fedotowsky’s former suitors will once again have a chance to take each other down.

Not all competitors on Bachelor Pad have contempt for another. Fan favorite and the one that dodged a bullet with Jake Pavelka on The Bachelor, Tenley, will join the housemates and heat things up with her all-American smile.

Hold on to your roses, America, this definitely isn’t The Bachelor or The Bachelorette. Okay, maybe it’s similar. I mean there is a rumor that there will be “bikinis and muscles.”

Things might not have been rosy the first time around for these bachelors and bachelorettes, but this time it’s anyone’s game on Bachelor Pad.

Check out this preview of Bachelor Pad starring Chris Harrison and Melissa Rycroft and watch all new episodes starting Monday, August 9 at 8 pm. Who would you like to see as a match made in ABC heaven on Bachelor Pad? Sound off in the comments section below.