Flipped director Rob Reiner had a run of hit films in the 1980s that audiences across age and gender adored which few filmmakers could match in their careers. What began with Spinal Tap and continued through Stand by Me, When Harry Met Sally and A Few Good Men, came to a quiet end with a string of flops.

Audiences have been reluctant to see Rob Reiner films since A Few Good Men with cinematic duds Rumor Has It and North. But, we have great news: Rob Reiner is back to form and it’s a treat for all. 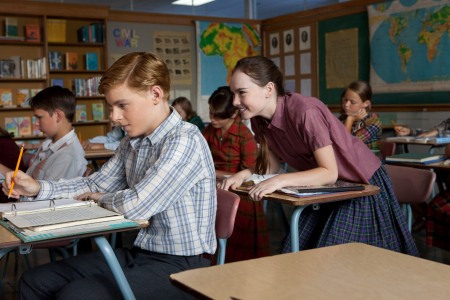 Reiner directs Flipped, the story of two teenagers who fall in and out of love over the course of time since the pair met when each was eight years old. Flipped is Stand by Me meets Harry Met Sally.

Flipped boasts a great cast that has been underused in the last decade. Rob Reiner’s casting of Anthony Edwards, Penelope Ann Miller, Rebecca De Mornay and Aidan Quinn is nothing short of perfection. The quartet of veteran actors stars as the duo’s parents, but look out for a veteran actor who steals the show, the soft spoken former Frasier star, John Mahoney.

Flipped begins with Callan McAuliffe’s Bryce Loski moving into a new neighborhood in early 1960s suburbia. Immediately Madeline Carroll’s Juli Baker, who lives across the street, takes a liking to her eight-year-old neighbor. Bryce is repulsed by Juli and thus begins seven years of loathing and loving that occurs between the two. In the hands of director Reiner, who is at his Stand by Me best, the coming-of-age story feels fresh, mostly because of his two-sided storytelling. 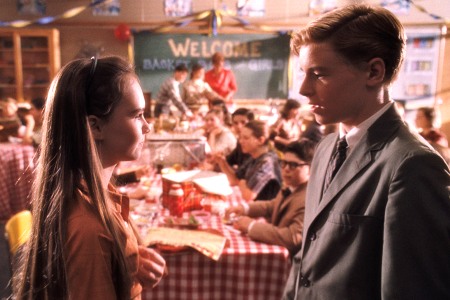 Each section of the film shows the storyline from each perspective. Alternating between Bryce and Juli’s take on their friendship-crush, it is a terrific and inventive way for the audience to witness a two-sided story from both sides.

What also works immensely well is how Reiner captures the differences between classes. Juli’s family is lower-middle class while Bryce and his family are firmly middle class. The judging, based solely on appearances, provides much of the banter that causes the friction between the two. But, as the two tell their tale, the element of understanding between two very different families comes to fruition with a dinner scene that is the culmination of the entire film. 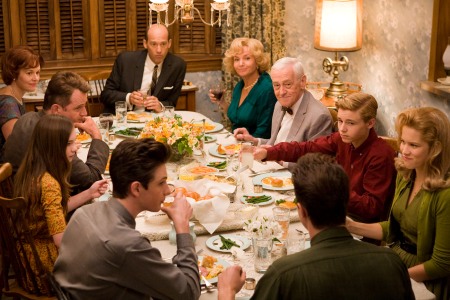 Flipped is as equally touching as it is tenacious in its ability to draw audiences in through the terrific story, but also through its use of period music and a set design that firmly plants viewers in early 1960s America.

Of the outstanding cast, the standouts are Mahoney as mentioned previously, but also a performance from Anthony Edwards that is unlike any character he has played before.