When Taylor Swift’s single, Mine, was leaked on the Internet, the country singer decided to embrace it and released the single earlier than planned. 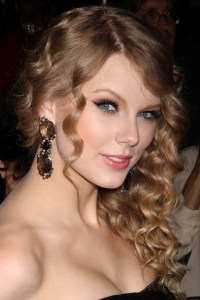 Mine dropped roughly twelve days before the original release date after an MP3 of it was being heard online.

Taylor Swift’s record label, Big Machine Records, explained in a statement that the leak was of inferior quality so they decided to put the song on iTunes and country radio so fans could hear it the way it was originally intended.

Since the early release, Mine has skyrocketed to the top spot on iTunes.

Of the song, Taylor Swift told MTV.com, “I think I’ve developed this pattern of running away when it comes time to fall in love and stay in a relationship. The song is sort of about finding the exception to that and finding someone who would make you believe in love and realize that it could work out, because I’m never ever going to go past hoping that love works out.”

Mine is the first single off her forthcoming album Speak Now, the follow up to Fearless, which won Album of the Year at the 2010 Grammy Awards.

Taylor Swift has, according to MTV, taped a performance of Mine for the CMA Music Festival: Country’s Night to Rock scheduled for September 1 on ABC.

Mine can be downloaded from Taylor Swift’s official website via iTunes.