English television director, So You Think You Can Dance judge and former American Idol executive producer Nigel Lythgoe has confirmed that he’s returning to the show and he wants Paula Abdul back. 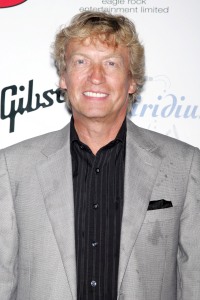 Paula Abdul has plans for a new show on CBS but Nigel Lythgoe said, “I still love Paula. She’s signed to CBS, probably exclusively, but I’d recommend we have her in a heartbeat.”

The rumors are still flying about potential replacements for American Idol judges including singer/actress Jennifer Lopez and Aerosmith singer Steven Tyler, but Lythgoe claims he won’t be a judge.

Lythgoe loves Tyler’s impulsive personality. “He has come through that whole rock ‘n’ roll circus. Why wouldn’t you want a legend there? You never know what he’s going to say. That, as a TV producer, you’re interested in.”

Fox executive Rupert Murdoch also promised The Hollywood Reporter that American Idol would improve. “All I can assure you is that next year’s Idol will be different,” Murdoch said. “It will be better, the music will certainly be better. And we’ve got great expectations for it.”

Murdoch also said, “We are very close to announcing who the judges will be. There are very active negotiations with a number of people.”

Nigel Lythgoe had some problems with last season on American Idol and felt that the chemistry wasn’t there. He promises to focus more on the singers in season ten and less on the judges.