In The Other Guys Mark Wahlberg joins the comic crazy train that is the team of writer-director Adam McKay and Will Ferrell. Wahlberg was eager to exercise his comic acting muscles and saw The Other Guys as the perfect opportunity. Ferrell was just excited he can now call Wahlberg a friend because he looks like he could “kick my ass.”

Mark Wahlberg is no stranger to action movies and The Other Guys has elements of that genre while maintaining a comic tone that borders on the utterly hysterical. 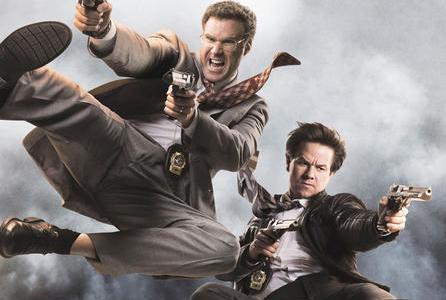 Having the Adam McKay-Will Ferrell team central to Wahlberg’s first comic foray was a blessing. McKay and Ferrell first became friends when the writer-director was a writer at Saturday Night Live and Ferrell was the show’s biggest star.

The two went on to collaborate on Anchorman, Talladega Nights and Step Brothers. McKay, Ferrell, Wahlberg and co-star Michael Keaton sat down to discuss the finer points of comedy, the world on Funny or Die as well as welcoming Mark Wahlberg to the circle of comedy. Ladies and gentlemen, SheKnows interviews the guys from The Other Guys!

Will Ferrell: No [laughs]. I feel like it’s more important to be cutthroat on a set and not look out for each other.

Will Ferrell: That provides a certain tension. It makes for a horrible work environment, but boy does it pop on screen.

Adam McKay: Will actually insists on having a guy on set that counts lines. There’s a constant line count through the entire production.

Will Ferrell: The studios love it because we don’t serve food. There’s no Craft Services, no creature comforts. There’s no insurance.

Michael Keaton: We felt it when we walked on the set. But, it works. It’s a miserable experience. But when you see it on screen it works [laughs].

Adam McKay: Everyone’s in their own area counting lines. No one talks when film is rolling. There’s constantly yelling at me about my line count dropping.

SheKnows: How did you seek to reinvent the cop buddy genre? 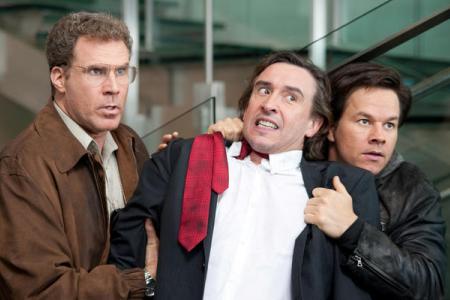 Adam McKay: The cop buddy genre, it was a pretty difficult genre, it’s almost dead really. It was a tough thing. The reason we could do this is the perception of crime has changed. Bernie Madoff just stole 90 billion dollars and these banks stole a trillion. All of sudden things like drug smuggling got kind of quaint. We thought it was a great idea to involve that (stealing of money by banks). The problem is a lot of it is on paper. We felt it was essential, even though it’s not the main part of the movie.

SheKnows: Improv is a usual thing for you all, but on The Other Guys, there’s a real plot to advance…

Michael Keaton: I’m not sure we knew there was a plot…

Adam McKay: There are certain beats you have to hit. It’s more of a matter of knowing which scenes you can go off. You identify the areas where you can get crazy. Like, when Michael (Keaton) is talking to the Bed, Bath and Beyond team, we improvised about a half an hour of material there.

Will Ferrell: This is probably the most plot-driven movie we’ve done.

SheKnows: Mark, you’ve got the most cop movie experience, did you add your two cents to scenes that called for the action hero in you to come out?

Mark Wahlberg: I felt very comfortable working on anything cop-ish or action. But, with all the other stuff, I just wanted to follow their lead. I did whatever they told me. I learned the lines and showed up. I was willing to try anything. I had a lot of fun making this movie. 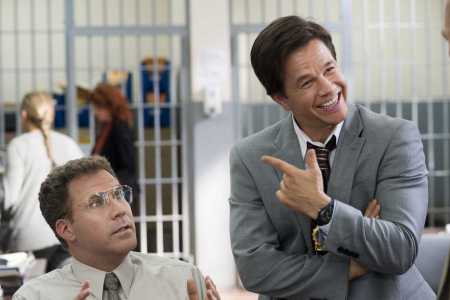 Adam McKay: It was funny, we’d be shooting a big action scene and Will and I are like, “Wow, look at this! We’re breaking a window!” Mark would come over almost yawning! He’d say, “We did this once, except I was being shot out of a cannon.”

SheKnows: Now the choice of a Prius as Will Ferrell’s character’s car, was that based on making an environmental point or for comic use?

Will Ferrell: I think the choice of the Prius was that it was a sensible car. It was a car that my character would drive versus what they had Mark driving in the original script — like a hot rod or something.

SheKnows: Now Will, the Irish singing in the bar scene with Mark is hilarious. Was that your idea? Something tells me it was.

Will Ferrell: As Adam’s working on the script, he told me to text him any random ideas I had. One of them was what if Terry and Allen are at an Irish bar and in a scene where information has to be given out. It’s his weekly folk singing night. One of the things Allen likes to do is sing Irish songs. I sent that to him and Adam wrote back: Going into the script.

SheKnows: How does Funny or Die play into the creative process for movies like The Other Guys?

Adam McKay: It keeps you sharp as far as heightening jokes or ideas, I would think, although honestly it feels very separate. It’s more SNL and sketch writing.

Will Ferrell: That’s just a sandbox for disposable fun ideas. We just play around. We don’t think about it again after we’re done.

SheKnows: Michael, with your long history in comedy, what did you make of Mark Wahlberg’s performance?

Michael Keaton: Me, Will and Adam would say, “Who the (expletive) knew that was in this guy?”

Adam McKay: He’s got such great instincts in terms of character. When he points it towards the comedy, it’s hilarious to watch.

SheKnows: Well, he has to dance some ballet, did you learn the steps or was that a double?

Mark Wahlberg: I did learn the steps, but in the end, it was a little too hard and we had a double.

Adam McKay: Actually, that’s not entirely true. He did it all except the jumps and the spins.

SheKnows: Mark, did you have any input into which Yankee would be shot by your character, thus demoting your cop character? Derek Jeter — that is awesome for you as a Boston Red Sox fan. 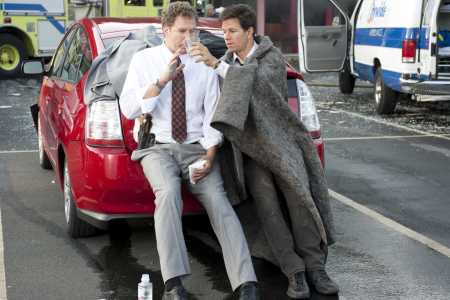 Mark Wahlberg: No, but I was certainly thrilled to do it [laughs]. I felt bad afterwards because he’s such a nice guy. We are going to screen the movie in Boston. I cannot wait. I just became a legend in Boston.

SheKnows: The bar scene with the stop motion photography with the Black Eyed Peas on the soundtrack was brilliant and hilarious. Where did that come from?

Adam McKay: That was Mark’s idea. He shot it [laughs]. Actually that was shot in pre-production. We were just supposed to do stills of these guys drinking at a bar with a digital camera. As we approached the filming, I thought it was kind of boring. We’ve seen that (montage) before, so we did this and we had no idea whether it would work.

SheKnows: Well, it did!

Adam McKay: That thing was put together in five days, which is crazy, and then that song covered up a few of our mistakes.

SheKnows: Mark, will there be an Entourage movie?

Mark Wahlberg: We hope to do one. But, we still have a season and a half on HBO. They could still mess it up. We’ll see what happens.