Every woman goes through a stage where we find ourselves wanting to shine a little bit brighter but don’t know how. Louise Roe and the new CW series, Plain Jane, shows us how. 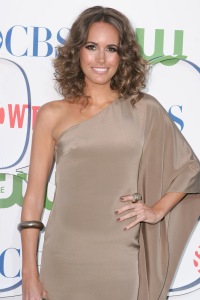 The next time you’re sitting at home on a Wednesday night in your sweats wondering why you can’t get out of the “friend zone” or why you can’t catch someone’s attention, stop crying and turn on Plain Jane. Host of Plain Jane, fashion journalist Louise Roe, who also appears on MTV’s The City, shows every woman how to go from “Plain Jane” to extraordinary beauty — but not just on the outside.

To quote the CW, Plain Jane “transforms one woman from the inside out to reveal a brand new woman.”

What’s special about this gem is that it doesn’t change the “Jane” with plastic surgery or force her to wear or do things she’s not as a person. Fashion expert and style maven, Louise Roe, gets to the core of each girl bringing out what is underneath the “Plain Jane” exterior.

The series currently consists of eight episodes in which the “Plain Jane” has a chance to reveal herself to a secret crush. With Louise Roe’s guidance in fashion and confidence, Plain Jane could turn out to be a groundbreaking series. This is just one girl’s opinion, but I’m making it a spotlight show of the season.

Take a look at the new series Plain Jane and catch it every Wednesday at 9.