Zac Efron, Dakota Fanning and Kristen Bell are just a few of the famous faces asking Americans to “Change the Odds” in a new PSA on cancer awareness. 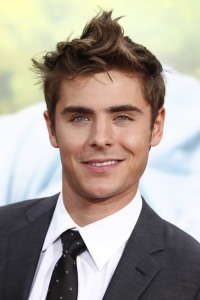 Sometimes it takes a celebrity like Zac Efron or Dakota Fanning to open our eyes and that’s just what the stars of the new Stand Up to Cancer PSA, Change the Odds, are hoping to do.

The PSA narrated by Dakota Fanning, gives watchers an education on odds. The scenarios in the PSA range from odds of dating a sexy model to being trapped in an elevator with Zac Efron. The statistical shock viewers receive at the end is dumbfounding. One in two men and one in three women will be diagnosed with cancer in the US.

The star-studded Change the Odds PSA uses the fresh faces of young Hollywood like Zac Efron and Dakota Fanning to prove a point. It’s never too late to start learning the odds. We can change the next generation by education.

Take a look at the Stand Up to Cancer PSA, Change the Odds, and tell SheKnows if you can spot the other A-list supporters like Vanessa Hudgens.

Stand Up to Cancer PSA — Change the Odds