SheKnows reported that claims were suggesting Bristol Palin called off her second engagement to Levi Johnston. More reports are surfacing, leading us to believe it’s true. 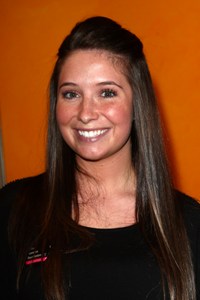 Just when we thought these crazy kids were getting it together, reports are now surfacing Bristol Palin and Levi Johnston are indeed off again. We can only imagine the smile on Sarah Palin’s face.

Bristol Palin is reported to have told People, “It’s over. I broke up with him.”

Reports are also claiming Bristol Palin allegedly told People’s Sandra Sobieraj Westfall that she broke up with Johnston the same day they announced their new union on the cover of US Weekly.

To make matters worse, Levi Johnston allegedly told Bristol Palin he may have fathered another girl’s child and then went to Hollywood to shoot a music video mocking the Palin family.

What does Sarah Palin think of Bristol Palin’s latest love drama? The former Alaska Governor reportedly stated she wants her daughter to “move forward in life with her same forgiving, gracious, optimistic spirit, but from henceforth she’ll know to trust but verify.”

Levi Johnston is known for taking shots at Sarah Palin in the past, but seemed to be patching things up. Bristol Palin and Levi Johnston are the parents of 19-month-old Tripp.