Courteney Cox’s former Friends co-star Lisa Kudrow made a stop in Cougar Town last season, so what about Jennifer Aniston? Nothing is definite, but a possible guest spot during the second season of the ABC show isn’t being ruled out either. 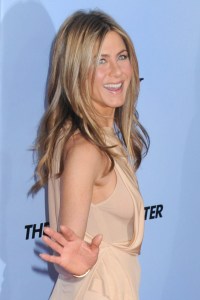 After Entertainment Weekly reported that Jennifer Aniston was close to signing on for a guest-starring role on Cougar Town, E! Online went straight to the source.

Executive Producer Bill Lawrence told the entertainment outlet, “Nothing’s happened yet. I’d kill to get Jennifer on the show, and if I had any inclination it was happening, I would be telling everybody ’cause I don’t really give a sh-t. I would love it to happen and the second it did I would tell everybody in the world, but nothing’s happened.”

It would certainly be a coup to bring the popular actress and Courteney Cox’s real life BFF on the show for a Monica/Rachel reunion of sorts, but Bill Lawrence also reminded E! that Jennifer Aniston is one busy lady who has a pretty steady movie career.

If you check out her IMDB page, you’ll see Lawrence is not kidding, as Jennifer Aniston is currently filming Horrible Bosses and stars in the comedy The Switch premiering August 20. She also has a slew of other projects in various stages of development.

While Bill Lawrence noted it would be tough to make it work, he added, “I’d love it to happen.”