The TCA press tour hoped to uncover the final roster of season 10 American Idol judges, but it was not to be. Fox execs spoke to the hot topic, but refused to answer the call, revealing only that some recent rumors are true: Some are not. 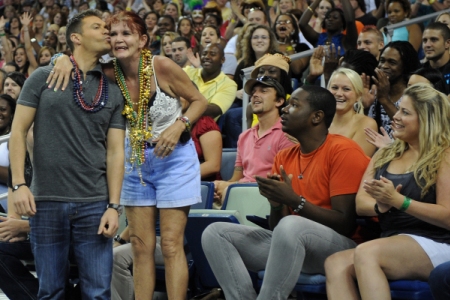 Fox chairman Peter Rice is all too aware of the Idol fascination with who will be American Idol’s new judges and addressed it first thing during the Fox exec session today, August 2.

“In the last week, lots of American Idol stories have been written, and we’ve been reading them avidly ourselves, so I think we have to address that right at the beginning of the session,” he said.

His first order of business was Ellen DeGeneres and her American Idol exit. Rice explained that the decision to let her go came out of a June sit down with the talk show host, who felt “uncomfortable” in the judge’s chair.

“She didn’t feel like it was a good fit for her,” Rice said. “I tried to persuade her that it would be different in the future, but ultimately we came to an agreement that we would begin to look for new judges. We were doing that anyway, because Simon was leaving.” 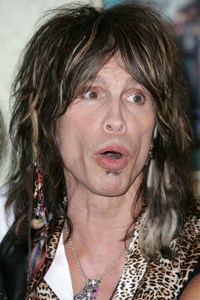 Rice then hit on who might fill those two vacant seats, but his answers didn’t actually reveal much.

“The only thing I can tell you with absolute certainty right now is that no one has signed a deal yet on either side of the camera to join American Idol next year who wasn’t on it last year,” Rice said. “I know that that is not particularly a fun announcement. It’s certainly not the choice I would have made, but it is the truth as we sit here today, that there are no signed deals with anybody.”

That’s a pretty useless statement, considering all the people who have been mentioned! In short, some folks we’ve heard about are in fact in the running, but who knows which ones.

Price also refused to discuss rumors about Nigel Lythgoe rejoining the show as a producer, only reiterated, “There are no deals signed for anyone to come onto the show.”

In spite of the clear message, there were several more attempts from the press pool, but they produced no new news. It seems everyone will just have to wait it out.

“We start the auditions with the judges in mid?September,” Rice concluded. “We certainly plan to have a judges’ panel in place and signed by then. As soon as we have that, we will announce it.”

SheKnows will stay on top of this story.