Elisa Donovan talks to SheKnows about her hit show, the web-based NBC darling, In Gayle We Trust. 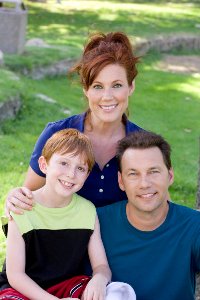 SheKnows: The success of In Gayle We Trust, a web-based series, has got to be incredibly gratifying.

Elisa Donovan: Having NBC behind it is incredible. I read the material and I immediately knew who this person was. It’s really rare. We all think we can play all parts as actors [laughs]. I know who Gayle is, I based her on my mom — a souped-up version. I just felt I have to do this. I have to say I’m so thrilled, it’s been so much fun across the board. It’s such a great treat that it is successful. That often doesn’t go together. I’m just thrilled.

SheKnows: To say your mother is proud is probably an understatement.

Elisa Donovan: She certainly is. She loves it.

SheKnows: If Gayle is based on your mother, I would think that there would be numerous avenues we could see her in for the future.

Elisa Donovan: My mom — I’m writing a book — she is a character in it. She will call me and tell me silly things that she’s doing — you know, I went to the gas station…

SheKnows: Why do you think In Gayle We Trust resonates so much with audiences?

Elisa Donovan: Particularly, at this point in entertainment on the planet, we’ve gotten to this dark, it’s got to be violent type of thing. I was so pleased to play someone who is just really positive, who still gets into absurd situations. But at the heart of it, Gayle is such a good spirit. I always try to bring that attitude to my life and the way I interact with people. It’s nice. What a great thing to be like every day. It becomes a part of your life when you’re playing characters. I’ve played some not-so-nice characters in my career [laughs]. It’s a different sort of thing to play someone that you like. 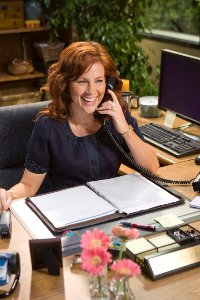 SheKnows: But Gayle still has her issues…

Elisa Donovan: Almost definitely. That doesn’t come from a delusional view [laughs] or an out of touch one. I’ve lost my dad, I’ve had challenging things in my life, as anyone has. I think those things really do make you more human and hopefully bring you closer to happiness and understanding the value of life. I generally do have a positive attitude about things.

SheKnows: The In Gayle We Trust cast is impeccable with their comic timing.

Elisa Donovan: I can’t just champion enough this cast. They are so talented and willing to play. Everybody comes prepared. At the table read, I went, “Oh my goodness. This is a room full of talented people.” On the set, we always do what’s scripted so we have it. But, then we always do improv. Creed [Bratton], he is such a great improviser. We know what the dynamic is between us. It is so much fun.

SheKnows: Is there a lot of improv on the In Gayle We Trust set?

Elisa Donovan: Yes, and the only training improvising I’ve had is drama-wise in my teens. I’ve never had comedic improv training. So these guys really give me great comic exercise all the time. It’s a newer thing to me.

SheKnows: What would you say is the biggest thing you could tell kids about getting into the world of acting as a career? 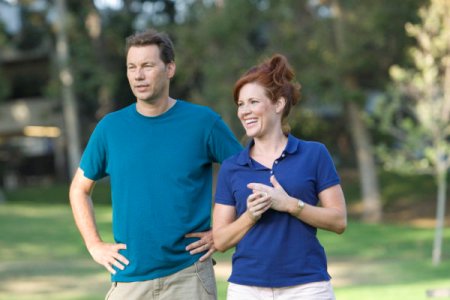 Elisa Donovan: Get used to rejection. In the beginning I was so gung ho. I had such a passion for it, even back in college. I was 18 or 19, I was living in Manhattan and auditioning. I was up for a role in Suburbia. I went in and read for the director. I was so convinced I would get this role. Then, they gave it to Martha Plimpton. I was weeping. I called my mom and she said, “Why don’t you come home?” I had this moment of realization. What is going home going to solve? I really want to do this. It was a turning point moment. I can turn back or go forward. You reach those moments at various points in your career. You must always go forward.

Don’t miss In Gayle We Trust!

Check out our preview from In Gayle We Trust.