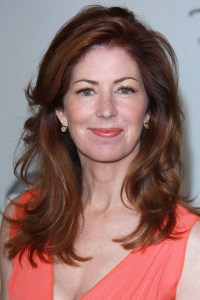 SheKnows was at the TCA press tour for all the action, and our juicy previews and interviews will hit the site before the shows hit the air, so keep your eye out. In the meantime, here’s a rundown of who was in the house!

TCA members kicked off the extended week on July 26 with a visit to Wisteria Lane, where they caught up with the Desperate Housewives and got the scoop from newbie Vanessa Williams. After checking out the set of NBC’s new action series Undercovers, there was a visit and BBQ feast with the Parenthood cast. Then it was time to hole up with stars and execs at the Beverly Hilton for long days of scoops and interviews.

CBS was the first net on the list, and started things off with an impressive lineup.

The Big Bang Theory crew was there for laughs, but then it was time to talk Blue Bloods with Tom Selleck and team, The Defenders with Jim Belushi and Jerry O’Connell, Hawaii Five-0 with Alex O’Loughlin and Scott Caan and $#*! My Dad Says with William Shatner.

After that, it was time to party under the stars with NCIS‘s Michael Weatherly and Pauley Perrette, a newly lithe Drew Carey and folks from sister nets Showtime and The CW. Gossip Girl hunk Ed Westwick was on hand, as were The Big C stars Laura Linney and Gabourey Sidibe.

The next day of panels also mixed old hits with new series. In addition to Dexter and Gossip Girl, panels included the casts of Showtime’s The Big C and Episodes, with Matt LeBlanc. The CW’s newbies for next season included Nikita with Maggie Q and Hellcats with Aly Michalka and Ashley Tisdale. 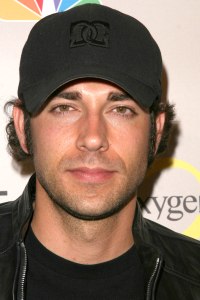 NBC and AMC went next, kicking their day off with a poolside breakfast chatter with Covert Affairs‘ Peter Gallagher, Piper Perabo and Chris Gorham. Then Blair Underwood, Jason Ritter and castmates took the stage to talk The Event, followed by Undercovers stars Mekia Cox and Boris Kodjoe talking spy romance.

Skeet Ulrich and Law and Order king Dick Wolf dished L&O: LA and after some laughs with the Outsourced cast, it was on to Jimmy Smits’ new vehicle, Outlaw, followed by Chase with Kelli Giddish, Cole Hauser and Jesse Metcalfe. NBC turned the afternoon over to SYFY, but Jimmy Fallon closed the day with Emmy and Late Night talk.

Glee was the night’s big winner. Ryan Murphy and members of New Directions were on hand to take home Program of the Year and Outstanding New Program, while Jane Lynch won Individual Achievement in Comedy.

The Modern Family clan came out to receive Outstanding Achievement in Comedy. Julianna Margulies sent a video thanks for her Individual Achievement in Drama win and critics also honored MASH with the Heritage Award. 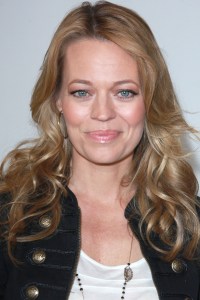 The press core was thrilled to see Maura Tierney back on her feet and looking sassy with her new pixie cut. She stars with Rob Morrow in Jerry Bruckheimer’s new law drama The Whole Truth.

Less satisfying was the exec session. Reporters were hoping to get good dish on ABC network chief Stephen McPherson’s exit, but incoming chief Paul Lee wasn’t giving it up.

“I was very honored to be offered the job and thrilled to do it, but I don’t want to talk about Steve,” Lee demurred.

After coffee with the Modern Family crew, it was time for some funny with Joanna Garcia and Jennifer Finnigan talking Better with You and Elisha Cuthbert talking Happy Endings and then party time with the stars, including a few folks from Grey’s Anatomy, the guys from Cougar Town and a slew of Disney stars. 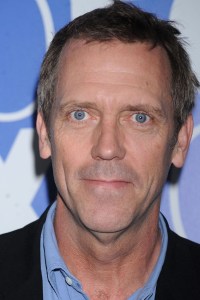 Fox kicked off today, August 2, with breakfast with the cast of The Good Guys and Human Target. Jon Voight took the stage with the cast of soapy Lonestar and then it was time for Keri Russell and Will Arnett’s wacky new sitcom Running Wilde and Martha Plimpton and Cloris Leachman’s equally wacky Raising Hope, followed by Gordon Ramsay talking Master Chef and the power players behind Glee, led by Ryan Murphy.

Folks were hoping to get good scoop on the new American Idol judge, but the execs weren’t giving any. In spite of the onslaught of rumors, no one has signed on the dotted line, yet. Also no word yet on who will be at the star party tonight, but we’re hoping to get some good House scoop from Hugh Laurie!

Though the broadcast networks have spoken, there’s still more to come. Tomorrow FX takes the stage. Then there will be two days of PBS previews and the final two days with the rest of the cable nets, including HBO, MTV, Nickelodeon, Fuse and Starz.

HBO, which swept the Emmy noms this year, will bring out Steve Buscemi and Martin Scorsese (Boardwalk Empire), Spike Lee (If God is Willing and Da Creek Don’t Rise), Carrie Fisher (Wishful Drinking) and Tracy Morgan (Tracy Morgan: Black and Blue). The other nets will be bringing out Lisa Rinna and Harry Hamlin (Harry Loves Lisa), Tony Danza (Teach) and the reunited Kids in the Hall clan.

SheKnows had a reporter on the scene at the Television Critic Association press tour, so keep your eyes out for the inside stories on this fall’s hottest new and returning shows!

56 mins ago
by Alicia Kort