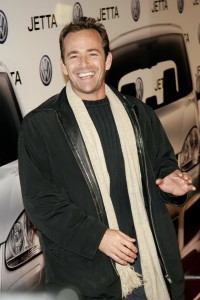 Luke Perry and Jason Priestley are coming together for this movie which will be shown on the Hallmark network.

Perry is the executive producer and plays the lead John Goodnight, who witnesses his parent’s murder as a child, becomes a Circuit Judge and seeks revenge on the outlaws who killed his family.

“We are thrilled to be bringing this exciting Western to life for Hallmark Movie Channel,” said Ira Pincus, Executive Producer, of eOne Television.

“Luke has been a great partner from scratch, extremely passionate about this film, and Jason brings a seasoned perspective to the project.”

The film goes into production August 4 in Vancouver, BC, and will premiere in 2011.