Bristol Palin and Levi Johnston are on again, and now: Off again! 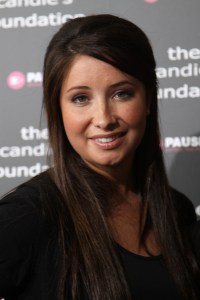 Word has it that Bristol Palin has called off her engagement with Levi Johnston for the second time!

Bristol Palin called off their 2008 engagement after Johnston posed for Playgirl magazine and was dissing the Palin family in the media. Sarah Palin has said publicly that he was acting irresponsibly about his career and finances. Former Vice Presidential Republican nominee Sarah Palin was not a happy mommy. And when Sarah’s not happy, ain’t nobody happy.

After the first breakup Johnston apologized in the press saying: “I publicly said things about the Palin’s that were not completely true. I have already privately apologized to Todd and Sarah.”

The rumor is that Bristol Palin saw Levi Johnston in a Facebook photo with another woman and said, “Let’s hold off on the engagement.”

Bristol Palin and Levi Johnston have a son, Tripp, who was born when Bristol was 18. This was a huge problem for her mom during her political campaign.

Bristol Palin told US magazine they got back together three months ago.

SheKnows is waiting for an official confirmation of the breakup. Stay tuned.