Chelsea Clinton and Marc Mezvinsky were married in the quaint village of Rhinebeck, New York.

Chelsea Clinton and Marc Mezvinksy exchanged vows in front of 400 or more guests on July 31. The couple’s extravagant nuptials took place at the 13,000-square-foot Astor Courts, which garnered a VIP list that included Oprah Winfrey and former Secretary of State, Madeline Albright. President Barack Obama was not in attendance nor was he invited. Obama announced on The View, the decision was a practical one as too many Presidents in one place could be chaotic. 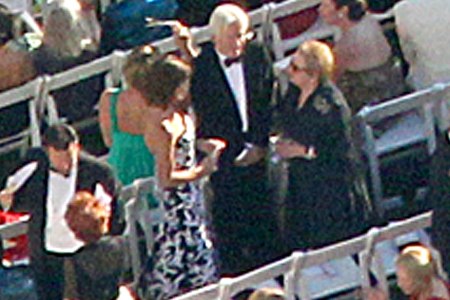 The Clinton family released the following statement: “Today we watched with great pride as Chelsea and Marc wed in a beautiful ceremony at Astor Courts, surrounded by family and their close friends. We could not have asked for a more perfect day to celebrate the beginning of their life together and we are so happy to welcome Marc into our family. On behalf of the newlyweds, we want to give special thanks to the people of Rhinebeck for welcoming us and to everyone for their well-wishes on this special day.” 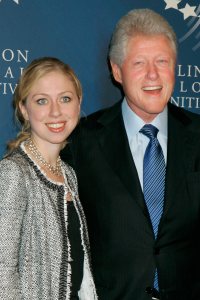 According to The New York Times, the interfaith ceremony for Chelsea Clinton and Marc Mezvinsky was performed by Rabbi James Ponet and Reverend William Shillady — Chelsea is Methodist, while Marc is Jewish. A close friend of the couple was alleged to have read the poem, The Life That I Have, by Leo Marks.

Bryan Rafanelli, of Boston, is being reported as the master planner behind the wedding that experts estimated cost between 2 million and 3 million dollars.

The village of Rhinebeck became the epicenter of attention as Bill and Hillary Clinton prepared to watch their only daughter wed. Over the weekend, onlookers traveled to the area in hopes of seeing anything Chelsea related and those lucky enough got just that. Bill Clinton was seen walking to a restaurant Friday, while Hillary Clinton — dressed in a smashing green gown — greeted a cheering crowd later that night.

Congratulations go out to Chelsea Clinton and Marc Mezvinsky on this joyous occasion.