The American Idol judging table has become a revolving door and we’ve created a list of the top ten judges we’d like to see on the next season of American Idol. 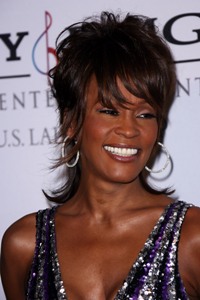 While Bret Michaels is doing the hard court press, trying to win a spot on the American Idol judges table, here are the people we want to see sipping from oversized red Coca-Cola cups and dispensing wisdom like, “I just wasn’t feeling it,” or, “You sound like a cat in heat getting driven over by a tractor.”

We’d love to see nothing more than for Whitney Houston to have a real comeback. American Idol could be just the thing that lands her on her feet and back into the spotlight.

Musically gifted and unerringly gracious, Justin Timberlake makes everything better. But if he’s going to join the cast of any TV show, we have to admit we’d prefer it to be Saturday Night Live.

The most underrated guy on late night would be a brilliant addition to American Idol’s roster. No one’s faster on their feet or more capable of coming up with crushing (yet funny) commentary. Does it really matter that Jimmy’s not known for his musicality? Hell no! He’s smart, hilarious and totally charming; we’d take his advice over Paula Abdul’s any day.

Zac Efron, Hollywood’s newest golden boy, proved his song and dance chops in the High School Musical trilogy and Hairspray. He’s guaranteed to get young viewers to tune in and he’s utterly adorable. What more could you ask for? 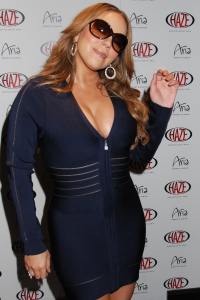 There was a serious lack of crazy on the American Idol panel last year. Mariah Carey would fix that right up. The chance of a major wardrobe malfunction as she overexposes all of her womanly bits might make producers nervous, but if Simon can flash his cleave, why can’t Miss Carey?

Lindsay Lohan would make Paula look like a paradigm of grace, composure and eloquence. As long as her probation officer is cool with it, Lindsay Lohan’s going to need the work, too.

People tend to forget just how beautiful Hugh Jackman’s singing voice is. That’s probably because they’re blinded by the glory of everything else the man’s got going on. Handsome beyond measure, startlingly down to earth and incredibly talented, Hugh’s warmth and charm could send American Idol’s ratings through the roof! 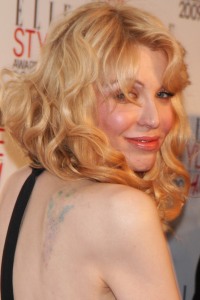 Have you seen Courtney Love’s Behind the Music? It’s ah-may-zing! Love her or hate her, Courtney Love is fascinating! Unleash her on these wide-eyed hopefuls and let Love show them what rock and roll is really about.

We’re laughing just thinking of watching Diddy try to endure bad singing. When they’re done, he could send the worst of the bunch to Brooklyn to get him a slice of cheesecake.

The Cast of Glee

After the contestants get up and do their subpar versions of songs, the cast of Glee (also on Fox), could charge the stage and show them how it’s really done!