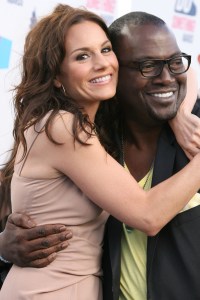 TMZ sources connected with the American Idol negotiations have said that Kara DioGuardi has been fired!

On Thursday, Ellen DeGeneres shocked us all when she dropped the bombshell that she was leaving American Idol after just one season. Wow, what next?

When Kara DioGuardi first joined the show, she faced criticism from fans and critics, but after one season she seemed to get her groove on.

The four-judge format has been used for the last two seasons, but there were some obvious problems with it. It took precious time away from the contestants. After all, it is a singing contest and the audience wants to hear singing. Perhaps they are scrapping that format in favor of three judges again?

Rumors are flying that Jennifer Lopez and Aerosmith singer Steven Tyler are being considered. A lot of other musician’s names have been tossed around in the past few months as judge candidates as well, including Justin Timberlake, Elton John, Harry Connick Jr, Chris Isaak and Courtney Love. Reps for Lopez and Tyler could not be reached for comment.

A spokesperson for American Idol has offered no comment on all the casting rumors to date. It is expected that FOX will announce their decision Monday at the Television Critics Association event.

Who will they choose to fill the two empty chairs on the judges’ panel?

Who do you think would make good American Idol judges? SheKnows wants to know. Leave your comments below.