Zac Efron busts out of the High School Musical mold with his performance in Charlie St Cloud. If the movie Me and Orson Welles was Zac Efron’s acting mettle announcement, than Charlie St Cloud is his coming out party. 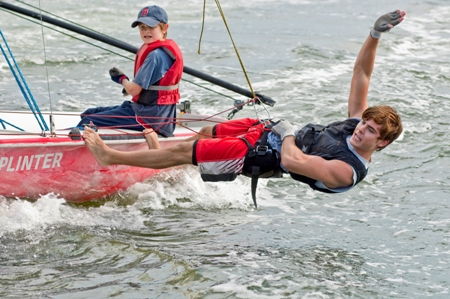 Charlie St Cloud is a sailor with such talent he is scheduled to go to Stanford on a sailing scholarship. When he chooses to go to a friend’s party and is forced to take his little brother — life changes forever. Suddenly Charlie St Cloud’s world closes and the only light in his life is his daily sunset appointment to play catch with his dead little brother. Every day, regardless of what he is doing, Zac Efron’s Charlie St Cloud heads to their clandestine spot in the woods to share moments with his brother whose life was cut short.

It is only when the potential love of a young woman (Amanda Crew) enters Charlie St Cloud’s world, that the prospect of him returning to his formerly promising life takes shape.

Based on the book, The Life and Death of Charlie St Cloud by Ben Sherwood, Charlie St Cloud is the ideal film for the next chapter in Zac Efron’s film career. It is proving a wise move that Efron opted out of the Footloose remake to step away from his song and dance career start in the High School Musical movies and Hairspray. Zac Efron has great acting promise and he shows it in every frame on screen in Charlie St Cloud. Where in Me and Orson Welles, Efron was credible, in Charlie St Cloud he shows he is pure leading man material. News that he has formed a production company is hardly a surprise given his performance in Charlie St Cloud, because the actor shows he can anchor a movie and his choices in film are proving to be top notch. 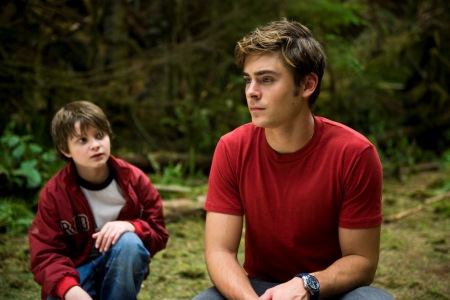 Charlie St Cloud has elements of the supernatural. Zac Efron’s character can not only see and engage with his dead brother, but also an old high school friend who has died in Iraq. As a whole, this plot point works and is the central power to this emotionally charged film. The only holes in the film come from the supernatural element that doesn’t quite add up overall. SheKnows would be giving plot points away to explain the details, but let’s just say this: Charlie St Cloud is not a perfect movie. In fact, audiences that cannot appreciate overly sentimental storylines on film will have difficulty embracing Charlie St Cloud.

By the closing credits, this reviewer was overtaken by one aspect: Zac Efron is the next movie heartthrob in Hollywood. This guy can sing, dance, act, emote and enthrall an audience. When it comes to making movies that sell tickets, that element in an actor is the sum of the parts which are impossible to resist — much like Zac Efron’s dreamy blue eyes.

Read on for more Zac Efron