Chelsea Clinton’s wedding to investment banker Marc Mezvinsky is this coming Saturday. While most of the details can only be speculated on, there has been confirmation that the location of the ceremony will be under a no-fly zone. 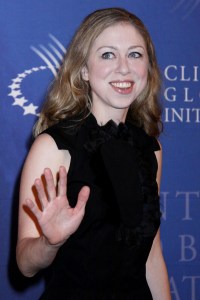 The wedding of former President Bill Clinton and Secretary of State Hillary Rodham Clinton’s daughter, Chelsea Clinton, and her husband-to-be will be along the Hudson River in Rhinebeck about 90 miles north of New York City.

Local airspace above that site, the suppposed location of the Chelsea Clinton wedding, will be restricted between the hours of 3 pm and 3 am beginning July 31, per the Federal Aviation Administration.

According to the Associated Press, FAA spokesman Jim Peters stated the decision to restrict air space was made in conjunction with other federal agencies, but he could not confirm if the Secret Service made the no-fly request.

The flight restriction simply designated for a “VIP (Very Important Person) Movement,” covers a radius of 1.5 nautical miles and an altitude from the surface up to 2,000 feet above ground level.

It looks like the paparazzi will have to get pretty creative if they want to snag photos of the Clintons or their high profile guests that reportedly will include former British Prime Minister John Major, Oprah Winfrey, Barbra Streisand, Steven Spielberg and his wife, Kate Capshaw.