In an attempt to hopefully turn his life around, it looks like actor Chris Klein is willfully extending his stay in rehab. 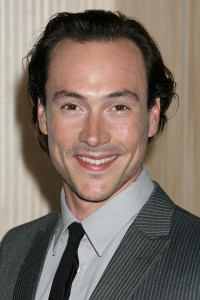 Chris Klein has spent more than 30 days at the Cirque Lodge in Utah and he’s not ready to leave yet. The actor’s rep released the following statement to UsMagazine.com: “Chris, along with his support team, has decided to extend his treatment.”

Chris Klein, 31, voluntarily checked into the Cirque Lodge on June 21 after receiving his second DUI on June 16. The actor’s blood alcohol level was revealed to be three times the legal limit at .08.

How long the actor will continue his stay at the Cirque Lodge is anybody’s guess, but his rep remains positive for Klein’s future. “He is doing fantastic and is optimistic about his future. He thanks everyone for their continued support.”

Chris Klein’s open mind to treatment and request for more help will hopefully be the start of a new life for the young star.

SheKnows will continue to share news on Chris Klein’s quest to get clean as it becomes available.