Drew Carey is no Bob Barker, says Bob Barker himself. 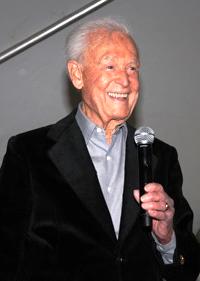 The original and wildly popular host of The Price is Right basically told TMZ that Drew Carey has turned the show into a total snoozefest.

“[Drew] does the show differently than I did,” Bob Barker said. “I try to make the show really exciting. He doesn’t do that. He just plays the games.”

But Bob Barker was already backtracking a few hours later. When questioned by Entertainment Weekly on his statement, Barker backpedaled. Was it because he felt badly about talking smack?

Nope. He doesn’t want to lose out on any cash.

Bob Barker told the mag that he wouldn’t criticize Drew Carey, the show or CBS “because I have a sizable royalty that I am paid every year this show is on, and it’s going on for years.”

Oh good, as long as the apology is heartfelt. (Insert eye roll here.)

“He’s been charming and complimentary, and he had me on the show to plug my book,” Bob Barker said. “To think that I would say anything derogatory about him is idiocy.”

Except he did, and TMZ has it on tape.