It looks like Orlando Bloom and Miranda Kerr will be hearing the pitter patter of little feet sooner rather than later. Orlando and Miranda are reportedly expecting their first child. 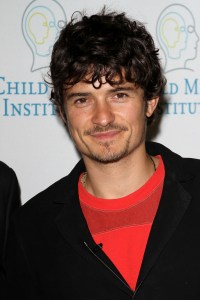 Mum’s the word — or should we say mom? Orlando Bloom and Miranda Kerr sure know how to pull the wool over our eyes. We truly did not see this coming!

The power couple managed to pull off a top secret wedding a month after getting engaged and now it looks like they’ve done it again. A source allegedly spilled the beans to US Weekly about Miranda Kerr being pregnant. “She’s definitely pregnant. She’s thrilled,” the source gushed.

Orlando Bloom and Miranda Kerr reportedly snuck off to the Caribbean for a quick honeymoon, and have managed to keep all the details regarding their walk down the aisle private.

Could a surprise pregnancy be the reasoning behind the faster than a speeding bullet nuptials? The source, a supposed friend of the Victoria’s Secret Angel, said time will tell. “She models in lingerie. It will be obvious soon enough,” the gal pal revealed.

In the past, the Aussie model has been vocal about having a child with Orlando Bloom. “I have always been very open about wanting to be a mother one day,” Kerr told an Australian newspaper. “And I’ve always thought Orlando would be a great dad.”

This baby news comes right on the heels of Christina Applegate’s announcement that she is expecting her first child.

The US Weekly source allegedly claims no official announcement has been made by Orlando Bloom or Miranda Kerr. Stay tuned to SheKnows for all the developments in the Orlando Bloom and Miranda Kerr baby watch news. If it is indeed true, baby Bloom will no doubt be adorable.