Jon and Kate Gosselin have been fighting it out on camera and in the press since their less-than-amicable split. 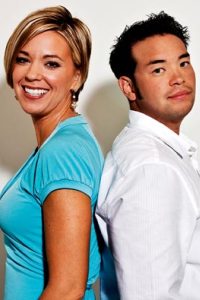 Now, according to TMZ.com, Jon and Kate Gosselin have reached a settlement agreement…but the terms are extremely confidential.

In April, former reality star Jon Gosselin filed documents in a Pennsylvania court asking for primary custody of their eight kids and demanded an opportunity to renegotiate his child support obligations. Kate Gosselin was clearly appalled at this request and a “war of words” began.

But earlier in July, both sides officially agreed on a new arrangement that involves both financial and custody details. However, the terms of the deal were sealed by the court.

A source close to Jon and Kate Gosselin said, “An official agreement between Jon and Kate has been reached and they will be working together for the benefit of their children.”

TLC’s official statement is that a series with Kate Gosselin and her children could return to television due to the Gosselin family remaining under contract.

Perhaps now that this very nasty legal battle is over, their eight children will enjoy a more stable family situation. Let’s hope so.