Want to own a piece of The Real Housewives of New Jersey history? Teresa Giudice of Bravo’s hit reality series is reportedly auctioning off her belongings. 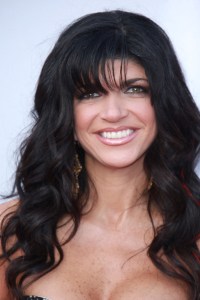 According to People, America’s favorite table flipping housewife will witness her prized tangibles being sold to the highest bidder.

The couple’s attorney, Jim Kridel, told People the couple did nothing wrong and he plans to try and stop the auction. “Obviously, we have objections to what they’re trying to do,” the lawyer reasoned. “I don’t think Teresa is happy seeing all her belongings displayed on the Internet. Clearly they are under the microscope because they are famous.”

The auction is set to get under way August 22. If you’re interested in taking home some of Teresa Giudice’s famed items, here’s a look at a few of the pieces being offered: a grand piano, two flat screen televisions, chandeliers and a suit of armor.

While Teresa Giudice’s rep is denying the auction will take place, her lawyer has confirmed that date. He is in the midst of trying to stop it, however.

Fans of The Real Housewives of New Jersey have been watching the battle rage on between Teresa Giudice and castmate Danielle Staub for weeks. Danielle Staub made claims about her former friend’s financial troubles, which set off an all-out war in front of the Bravo cameras.