We all know that Mad Men’s Don Draper (Jon Hamm) is an ad genius. In the Mad Men season 4 premiere, fans were treated to a less than stellar Don Draper, proving Mad Men is bound to keep us on our toes.

In the Mad Men season premiere, entitled, Public Relations, Don Draper has the esteemed honor of being interviewed for an upcoming article. The interview is the perfect opportunity to promote the new Sterling Cooper Draper Pryce ad agency. 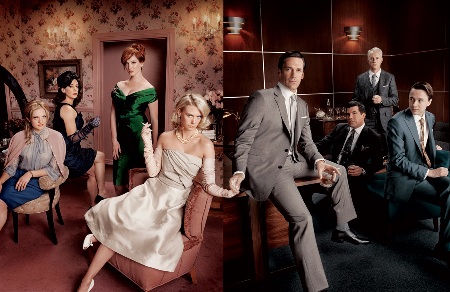 The interview reads something straight out of Hollywood — a PR nightmare. Now, we’re not sure if the writers of Mad Men were trying to mirror true life in the public relations world, especially with all the dirty messes PR firms have had their hands full with lately, but the episode took a great twist fans might not be used to.

The usually on point Don Draper botched the interview, leaving the reporter with zero to go on. Like many PR catastrophes, Draper spent a good part of the episode trying to regain his luster, while battling a new empty life at home — courtesy of his divorce.

Jon Hamm does a brilliant job turning the different emotions on and off portraying this new side of Don Draper. Instead of making Don Draper’s blunder something fans can’t believe, he makes it a new dimension for the character.

No one expected Don Draper’s fall from grace to last long, and it didn’t. By the end of the season 4 opener he found a way to spin a tale on his first interview, painting a pretty picture of Sterling Cooper Draper Pryce during a second interview with The Wall Street Journal. 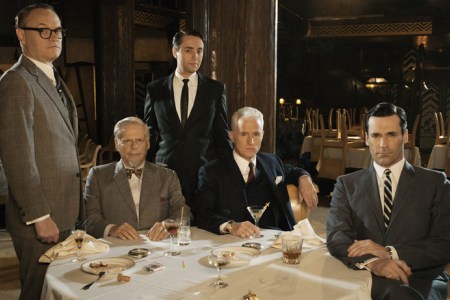 How did he do it? He turned it into one big ad plan, of course. He told a tale of a “scrappy upstart” and it worked.

Betty (January Jones) was a small potato in this episode as she managed her men problems, but that’s the way it should have been. Pete (Vincent Kartheiser) and Peggy (Elisabeth Moss) got some face time as they played around on a project without Don Draper’s knowledge.

This was a great start to Mad Men’s season 4, but it may take diehards some time to warm up to Don Draper’s new divorced life. Jon Hamm’s brilliant portrayal will no doubt keep them coming back to see what happens next.