When Hollywood actors announce their retirements, it’s kind of hard to take them seriously. It’s probably because young stars get bored, make huge announcements regarding their careers and then regret it — ring any bells Amanda Bynes? 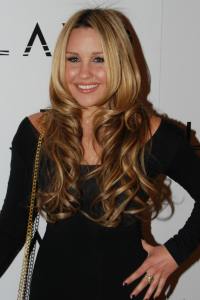 SheKnows Entertainment announced last month that Amanda Bynes was retiring from acting courtesy of her statement on Twitter: “Being an actress isn’t as fun as it may seem. If I don’t love something anymore, I stop doing it. I don’t love acting anymore, so I’ve stopped doing it.”

Stop the presses, SheKnows has another hot piece of Twitter news regarding Amanda Bynes, Hairspray star — Bynes is taking it all back.

We knew Amanda Bynes’ retirement would not last long. When the former Nickelodeon star originally announced her departure from her acting roots she expressed interest in being more hands-on.

“I’ve never written the movies and TV shows I’ve been a part of. I’ve only acted like the characters the producers or directors wanted me to play,” Bynes wrote via Twitter back in June.

Amanda Bynes followed her not so shocking “unretirement” news by promoting an ad for what was supposed to be her last film, Easy A. The film is due to hit theaters in September.

Amanda Bynes did admit that 24 years of age was a bit young to retire and it looks like her intuition was right. Hey, a girl can change her mind, can’t she?